Climate blind squandering of energy continues in US

WASHINGTON D.C—The US Senate and House of Representatives have approved an energy law that promises something for everyone, especially to fossil and nuclear energy, granting these sectors approximately $12.5 billion in tax relief and exemptions.

Published on August 11, 2005 by Svend Søyland, translated by Charles Digges 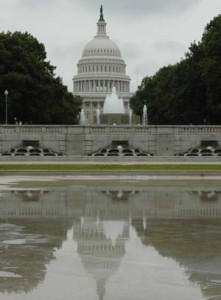 The energy law will forward what President George Bush calls The American Dream which implies mobility and abundant access to cheap energy. Bushs dream is based on free will and the development of new technology. Few among democrats or republicans think that the law will meantime reduce energy use or lower the countrys dependence on foreign oil and gas.

Law fails to connect energy use and greenhouse gasses
One of the laws most apparent flaws is that it fails to connect energy use directly to greenhouse gas emission, and that it does not set demands for energy effectiveness in transport. This was approved despite hushed White House-commissioned reports acknowledging that man-made emissions were causing global warming. The republicans themselves imply now that a nationwide initiative to curb emissions could be necessary.

Today, American policy is premiering low-emissions vehicles, but is forgoing the creation of restrictions or extra taxes on high energy use vehicles, and it is well known that American drivers are fond of large gas-guzzling SUVs. The average American car consumes more energy today than those made at the end of the 1980s, and American cars use a combined 8.5 million tanks of gas per day. American vehicles have in the past 20 years become heavier, stronger and faster and consume 40 percent of all energy used in the United States per day. Vehicles weights have increased as a result of security and comfort demands, the quantity of horsepower has doubled and the average acceleration from zero to 80 kilometers per hour is on average eight seconds.

Equating nuclear energy with renewable energy
President Bush is known as a warm proponent of increasing the use of nuclear energy, and the nuclear lobby is naturally satisfied with the new law: The nuclear industry gets a 20 year extension of the so-called Price-Andersen Act. This Act went into force in 1957 to encourage the development of the nuclear power industry as a taxpayer-backed insurance scheme. This law limits the amount of insurance nuclear power plant owners must carry and caps their liability in the event of a catastrophic accident or attack at dollar amounts that fall far short of the actual financial consequences that could be incurred. The nuclear industry will therefore receive a simplified system for the approval of new plants.

The industry will also be placed on equal footing with renewable energy, despite the fact that use implies emissions hazardous to the climate as a result of extracting and processing of fuel, coupled with the transport of waste.

The US Department of Energy (DOE) will also fully finance a new reactor for hydrogen production at an estimated cost of $1.25 billion in the US state of Idaho, and will secure 80 percent of loans for building advanced reactors. The US Nuclear Regulatory Commission (NRC) as been instructed to downgrade exiting safety regulations. Among other things, the demand educational demands for nuclear industry employees have been simplified. An employee who warns of irregularities will in the future be able to make a case only a year after conditions are reported to American labour inspection authorities.

Incentives for fossil fuel and nuclear energy are prolonged and give businesses the opportunity to think long term. The support arrangements for, as an example, wind and solar energy are on the other hand last two or three years, said Fred Beck of the Environment and Energy Studies Institute in an interview with Bellona Web. He underscored that those who wish to concentrate on renewable energy arent even able to publish papers before the orders are liquidated.

Concentration on emissions-free coal power
Increased concentration on technology directed toward emissions-free coal plants are probably the most important measure in the new energy law. Energy prices in the United States can no longer justify the renewal of existing coal plants, even though the plants today are considered more a source of far-reaching air and mercury pollution than they are as a climate problem. Because the Americans succeed in their new alliances with Australia, India, and China this can produce large climate profits, provided India and China put into use the best available technology. 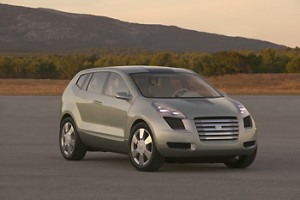 Tax relief for zero-emission vehicles
On a positive note, it is worth noting that the new US energy law will entail tax relief for the development of clean coal technology, renewable energy sources, and hydrogen automobiles. Owners of electric cars, hybrid vehicles and fuel cell cars can also expect tax advantages. Naturally based ethanol as an additive to engine fuel will continue to be subsidized, and oil companies will not be shielded from suits over emissions of the carcinogenic fuel additive MTBE, a fuel oxygenate.

Buildings and products will be included in standards for energy effectiveness as it is done in the European Union (EU). Homeowners will among other things get coverage up to $500 for installing energy conserving windows and thermostats. Those who chose solar energy will receive up to $2000 in support. Summer will also be extended by five weeks as some will reduce household energy use by a percent.

The dreadful increase in oil-field construction in Alaskas National Nature Preserve is in this round averted, but could be approved in a budget rider in September. The energy law opens the area in the meantime for test drilling and geological surveys of the exterior continental shelf of the state of Floridas coastal shores and in the Gulf of Mexico. Many environmental groups will raise protest against the extreme oil extraction.