With the ongoing climate change debate as a backdrop, the stage was set for the first conference co-organised by a political group in the European Parliament on Norwegian soil. Together with the Bellona Foundation, the Alliance of Liberals and Democrats for Europe hosted the event focusing on how Europe can solve the climate change challenge. The conference also aimed at taking stock of the situation and to bringing the Norwegian debate into a European perspective. 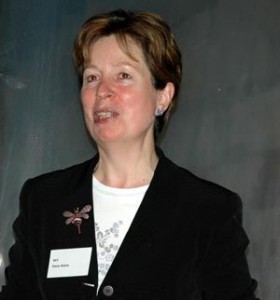 Climate change is dominating both the European and Norwegian policy debates. How can the required reductions in CO2 emissions under the Kyoto Protocol, and later on, Post-Kyoto regimes be meet? What role should Europe play? Which role can CO2 capture and storage play? Is the necessary technology available? Is it commercially viable? Where, how and when will these variables meet?

People do care
Diana Wallis, a Member of the European Parliament (MEP) representing the Northeast of England, and co-host of the event, was first to speak. Wallis provided perspectives on European leadership in the climate change debate and described challenges and opportunities for the European Union (EU).

People do care, was Wallis uplifting message, although she also pointed out that there is a lack of political leadership on these issues. For example, the environment was hardly mentioned at all during this years campaign for the general election in the UK.

Wallis noted that climate change is arguably a greater global threat than terrorism.

Wallis also stated that climate change in the Far North is especially crucial, as its effects are magnified in the region. She therefore maintained that this issue needs much more attention, and that the EU has much knowledge to bring to the debate and the situation.

The unique situation in the Far North is compounded by the fact that the area covers the EU, the United States of America, Russia, Canada, and Norway. This is a unique configuration that has the capacity to influence the rest of the world and to be a good example. Wallis added that although it is useful for top-level politicians to discuss climate change problems, bottom-up, or non-governmental organisations have more to bring to the table. 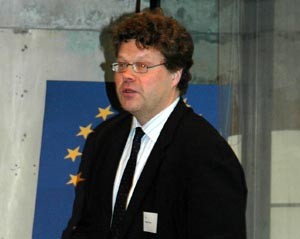 Addressing the problem with todays technology
Simon Worthington, senior advisor at British Petroleum Europe (BP), started his comments by stating that there is a need for practical knowledge among MEPs. Worthington declared that, concerning some of the measures that have to be taken to curb the climate changes, BP and Bellona are in full agreement. He added that BP executives are frustrated with the fact that momentum on climate change is solely policy-driven. Worthington stated that the different options, be they legislative, economic, or technological, must be translated into one simple framework.

Worthington said that with todays technology there are already possibilities to deliver CO2 reductions, or wedges, Current global CO2 emissions are 7 Giga tonnes (gt) per year. It is projected that they will reach 14 Gt per year by 2050. In order to halt the increase of CO2 emissions and to remain at the current level of emissions, we must find a way of preventing seven additional Gt of CO2 from being emitted into the atmosphere. These 7 Gt of CO2 can be broken down into several segments, called wedges. BP looks at wedges of 1 Gt of CO2 emitted and an example of such a wedge can be fuel switching.

BP believes that carbon storage and capture is vital, he said, assuring that this is a priority wedge for BP.

Vattenfalls CO2 Free Power Plant Project
Michelle Gyllenpalm, Project Communicator of the CO2 Free Power Plant Project, from Vattenfall—a major energy actor in Europe—presented the groups CO2 Free Power Plant. The new 40 million Euro pilot plant is located at Schwarze Pumpe, in Brandenburg, Germany, south of Berlin, and will be operational in 2008. The plant, which uses coal for fuel, will separate the CO2 using the Oxyfuel technique. The excess CO2 will most likely be stored in underground geological formations.
Gyllenpalm stated that there is a need for incentives for companies to invest in emissions-reducing measures.

The most common misconceptions concerning carbon capture are that:
1) It is non-existant ;
2) It is not commercially available;
3) It is too expensive to capture CO2 from chimney gas; and
4) It is cheaper to buy CO2 quotas in the international market than to finance CO2 reduction measurements at home.

Jakobsen referred to Bellonas goal—the realisation of a CO2 value chain in order to secure the environment, realisation of value, and employment—and stressed that contrary to what seems to be a common belief, financial aspects are not an obstacle.

The debate is focused on technology, but is founded on the wrong premises, he said. Capture and transport technologies exist and have been in operation for 25 years. Although current technical solutions are conceivably not the most optimal, they should not be a hindrance for acting today.

The Bellona European MethaGen-Project
Frederic Hauge, President of The Bellona Foundation, began by stating that the preferred path to the future should comply with the goal of a clean energy chain containing non-polluting clean energy carriers.

He also presented Bellonas new European MethaGen-Project. MethaGen (15% hydrogen (H2) and 85% NG), will provide Norway with a minimum of approximately 10 million tonnes of CO2 for Enhanced Oil Recovery (EOR) and establish an infrastructure for CO2 storage. It will further cut nitrogen oxide emissions by the end user by 25 percent to 50 percent and slash methane (CH4) emissions in combustion processes by 25 percent. MethaGen will facilitate the large-scale production of H2 to be used in the transport sector and increase both the environmental and financial value of NG.

Hauge evoked the importance of having a strong industry which produces know-how and products to meet the wave of new energy technologies that are emerging.

He also reminded those in attendance that the first light bulb was not cheap and the first mobile phone was not small.