The HeidelbergCement Group, which includes Norwegian Norcem and Swedish Cementa, announced that they plan to develop the world’s first carbon-neutral cement plant in Slite, Gotland. When the carbon capture plant launches in 2030, it will capture almost 1.8 million tonnes of CO2 annually. 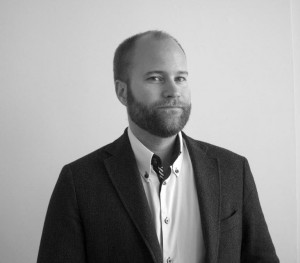 -We are delighted to see that HeidelbergCement is working on developing groundbreaking projects that decarbonise the industry, instead of wasting time on small-scale greenwashing projects, says Jonas Helseth, Director of Bellona Europa.

The HeidelbergCement Group, which includes Norwegian Norcem and Swedish Cementa, announced their plans to develop the world’s first carbon-neutral cement plant in Slite, Gotland. When the carbon capture plant launches in 2030, it will capture almost 1.8 million tonnes of CO2 annually, the company stated in a press release.

Norcem has already started establishing a carbon capture plant in Brevik near Porsgrunn. According to the company, this experience will help guide their upcoming project in Gotland.

– Our clear goal is to establish a CCS plant in Slite, and this means that HeidelbergCement and Sweden will become world leaders in climate-neutral cement production. We’ve had good experiences with Norwegian political authorities. Which is why we have decided to invest further. Our ambition is to build four times as large a plant for carbon capture at the factory in Slite, says Giv Brantenberg, General Manager for HeidelbergCement Northern Europe.

Electrification and decarbonisation of industry are a part of Bellona’s core focus areas.

– We have worked with HeidelbergCement for more than a decade to develop large-scale decarbonisation projects in the Nordic region and Europe. Hopefully, this solution will be implemented in other HeidelbergCement factories, especially in Germany, where the company is headquartered, says Helseth.

Bellona has been advocating for large scale climate action in industry for decades and is among the first NGOs to be concerned with developing carbon capture and storage as a weapon in the climate fight. Bellona has also collaborated with Norcem for many years, including the development of the project in Brevik.

In less than a year, we have gone from a situation where there were no climate solutions for cement production to not one but two large scale projects in Scandinavia that will considerably lower the climate footprint of the cement industry.

– We are happy with these projects. Doing tangible things is much more effective for the climate than just talking, says Helseth.

It is important to note that the development, permit processes and construction period are estimated to take just under ten years. Cementa has started an early-phase technology evaluation study. They appear to be allowing considerable time for piloting, studies, etc. However, this is not a fast-track project.