Vis menyen
Bellona.org > Latest News > Carbon Capture and Storage > How can recycling in the cement and concrete sector contribute to climate change mitigation?

How can recycling in the cement and concrete sector contribute to climate change mitigation?

Cement production accounts for 8% of global emissions. It is the second-largest industrial emitter of CO2 after iron and steel. While the recycling of cement is possible and has promise, it won’t be enough to substantially reduce emissions in the near term. Solutions for emission reductions for the primary production of cement, such as CCS, the increased use of renewable electricity and energy efficiency will be needed to enable the sector to reach its climate goals.

Published on January 20, 2021 by Bellona Europa 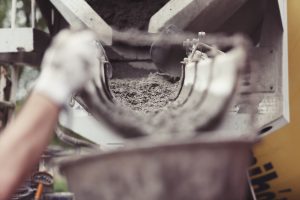 Each year, over 4 billion tons of cement is produced, accounting for 8% of global emissions. It is the second-largest industrial emitter of CO2 after iron and steel. 90% of those emissions are due to the production of clinker. 60% of those are due to heating of limestone, while the remaining 40% are due to fossil fuel combustion. 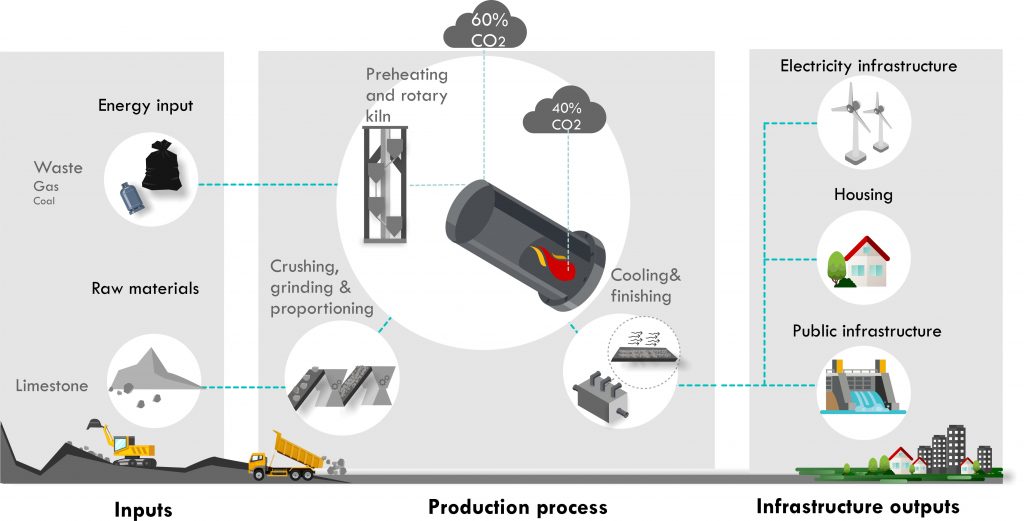 Most of the cement is combined with water and aggregates such as sand and gravel to produce concrete. About 25 billion tons of concrete are produced each year, making it the most consumed material after water. While concrete can be 100% recycled in principle, a closer look reveals that this is not as promising as it sounds. Most of concrete ‘recycling’ is actually downcycling. Downcycling refers to the use of material in products of lesser quality or outside its original product lifecycle or use. Recycled concrete is essentially concrete crushed into smaller pieces. This recycled concrete, also known as concrete granulate, has two main applications. Over 98% of it is used in road construction. Less than 2% is used as a substitute for sand or gravel used for new concrete production. This does not help reducing emissions as there is still a need for new cement, although some reductions can take place due to reduced transport or increased recarbonation. It should also be noted that concrete recycling can have environmental benefits particularly due to a reduced need for sand or gravel. Some concrete granulate could also be used in clinker production.

The lifecycle of concrete and its post-use applications (Ganiron Jr., 2015)

But what about cement itself? Current recycling efforts focus on recycling waste of other industry to reduce clinker content by up to 25%. This can reduce emissions to a certain extent, but depends on the source of the substituting material. For example, common substitutes include blast-furnace slags and coal ash from steel blast furnace production and coal-fired power production. Supply of these substitutes is not expected to grow much due to decarbonisation efforts of the steel and power sector.

As suggested by other NGOs, ESG Research companies and relevant stakeholder decarbonisation strategies and measures do not explicitly mention the recycling of cement itself. The reason for this is that in the past, there were no technologies that could extract the cement from concrete. Traditional concrete crushers break sand and gravel, which results in contamination of any cement that is made available with fine broken silica, making it unusable as cement. A recent technological development in the Netherlands, known as smart crushing, showed that it is technically feasible to recycle cement. This technique only breaks the hydrated cement stone (which keeps the sand and gravel in concrete together), thus avoiding contamination. Both the hydrated and unhydrated cement can be recovered and reused, though only the latter can be used to substitute primary cement. The unhydrated cement can be reused as aggregate. Whether they can achieve their ambitious claim that it can reduce emissions by 2.5 GtCO2 annually, will depend on the degree of upscaling . The first version was presented only in 2018 and a second improved version is currently being installed in Zaandam to process 80 kt of concrete. 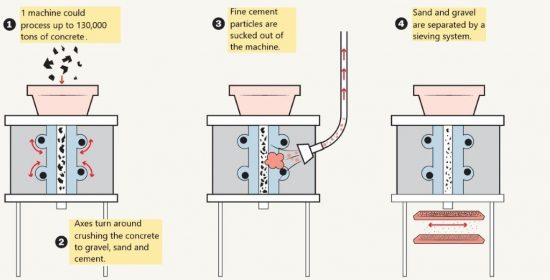 Demand for cement is forecasted to slightly decrease to 4.01 billion tons by 2050 as lower demand in advanced economies is not fully offset by increased demand in developing countries. Even so, given current lack of widescale cement recycling, new cement will still be needed. Recycling will not be a silver bullet and other solutions are more likely to make a significant contribution. As other sectors decarbonise, pressure on the cement and concrete sector will increase, further encouraging innovation. The importance of innovation is shown by the assumption of the European Cement Association that more than half of its reduction will occur through “breakthrough technologies” such as CCS. They assume that 85% of total clinker production (which is 59% of cement plants) will require CCS technology. The UK cement industry counts on CCS to reduce 61% of its emissions.

While the recycling of cement is possible and has promise, it won’t be enough to substantially reduce emissions in the near term. Solutions for emission reductions for the primary production of cement, such as CCS, the increased use of renewable electricity and energy efficiency will be needed to enable the sector to reach its climate goals.