Published on February 13, 2020 by Bellona Europa 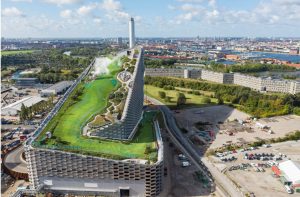 Together with The Carbon Neutral Cities Alliance (CNCA) NIRAS and five Northern European capitals , we  worked on the report “Cities Aim at Zero Emissions: How carbon capture, storage and utilisation can help cities go carbon neutral”.

The report overviews the latest CCS and CCU technologies, the current progress made by the five cities, and business models and viability analytics. Additionally, it reviews the current EU funding opportunities available for cities and develops recommendations for cities interested in implementing these emissions-reducing technologies.

Amsterdam, Copenhagen, Helsinki, Stockholm and Oslo are examining the latest CCS and CCU technologies to go carbon neutral. Though rarely discussed in the cities context, these technologies will be necessary if cities are to live up to the Paris Agreement and achieve their ambitious climate targets. “In identifying the potential for and barriers to CCSU on a city-scale, this research   gives cities a better understanding of how to make decisions related to CCS and CCU technology. To get to carbon neutrality well before 2050, cities need to understand all of the options available and risks associated with them, which this important five-city effort, led by Copenhagen, helps address.” said  Johanna Partin, Director of CNCA.

Why Cities Are Investing in CCS and CCU

Today, cities account for 75% of global CO₂ emissions and therefore have a huge responsibility related to reducing their climate impact and setting the pathway towards a fossil free society. While many cities are setting ambitious climate targets, it will become difficult to reach carbon neutrality with existing measures and within cities’ spheres of influence. Heidi Sørensen, Director of Climate Agency  in Norway mentioned in fact that “Oslo’s target to reduce emissions by 95% in 2030 depends on CCS of our waste incineration plant. This report underlines the potential for CCS and CCU in cities and on waste incineration in particular.”

The report demonstrates how cities can be infrastructural hubs for new climate technologies and how cities can ensure that new innovations enter the market. The climate leadership of Amsterdam, Copenhagen, Helsinki, Stockholm and Oslo, as an example, is accelerating innovation and increasing clean investment in their cities.

Background on CCS and CCU Technology

Carbon capture technologies are not a far-off solution. They’re already in operation. Nineteen facilities are currently implemented globally and four more are under construction. They capture and store roughly 25 million tonnes CO₂ annually, and this number is expected to increase to about 40 million tonnes CO₂ annually as new projects come online. “City cooperation on large-scale CO2 transport and storage infrastructure will bring down costs. It will also create confidence that these cities and regions will remain an attractive long-term location for industry that will face increasingly strict requirements for climate action” concluded Olav Øye, Senior Adviser for CO2 Capture and Storage – The Bellona Foundation.

“Helsinki has learned a great deal about the current situation and experiences of other northern reference cities in CCS/CCU issues. The most important information has been the potential and realism of the various technical solutions and their technological readiness level, which info can be utilized as the city and city-owned energy company seek to achieve carbon neutrality by 2035 through various set of measures” said  Esa Nikunen, General Director at City of Helsinki.   Although no perfect recipe exists, this report includes recommendations for public authorities willing to engage with these carbon capture technolo­gies.The report overviews how the cities are mapping their own emissions; assessing the viability of carbon capture, transport and storage; accessing funding; and using public procurement to establish a first market for clean products.

Find our report on our publication page and on our partner website .