Norway Industrial CCS – Budget 2018. Research to continue, Government to proceed with at least one facility but investment decision deferred 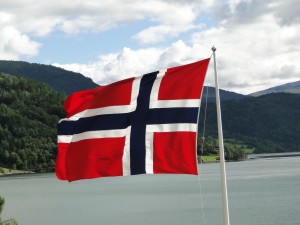 On Tuesday 15th May the Norwegian Government presented its revised Budget proposal to Parliament. The proposal sees new funding announced for the Full Scale CCS project and allows detailed engineering work to continue on CO2 capture facilities at the Norcem cement factory in Brevik and on the Europe’s first CO2 transport and storage terminal.

Minister of Petroleum and Energy, Terje Søviknes, aims to have at least one project fully prepared for a final investment decision by 2020 – 2021, a postponement of two years over the initial timeline.

Norcem, Norway’s only cement production company, will receive €8 million to continue development, with work on engineering and design of a capture facility in Brevik. The cement plant is still in line to be the first of its kind in the world. The production and use of cement is responsible for approximately 5% of global greenhouse gas emissions, with some calculating the total to be closer to 8% of total emissions. This is greater than the climate impact of air travel. At present CO2 capture is the only known way of deeply reducing emissions from traditional cement production.

Klemetsrud, a district heating and waste management plant on the outskirts of Oslo, is also in the running to proceed to the engineering and design phase. The Norwegian government has requested some time to quality assure numbers and calculations of costs for the plant before deciding. District heating and waste management plants have a significant climate footprint, Klemetsrud alone makes up 15% of Oslo carbon footprint. However, with the addition of CO2 capture and storage these facilities have the potential to permanently remove greenhouse gasses from the atmosphere.

A central CO2 shipping terminal, subsea pipeline and offshore geologic storage will continue with engineering and design. Three oil companies Statoil, Shell and Total will collaborate to in the development of Europe’s first CO2 storage terminal on the west coast of Norway.

It has been 5 years since Norway announced to the world that it world it would peruse a new industrial CCS strategy, avoiding the mistakes of a previous attempt.  The previous attempt, managed by Statoil at the Monostand refinery was beset by mismanagement, a lack of cost control and year upon year of delays without ever proceeding past the study stage.

Olav Øye, Senior CCS Advisor “The Government has already delayed a decision on CCS and its new proposal will delay it even further, potentially deferring a final decision until after elections in 2021.

“Thanks to this proposal, we may have to wait until 2024, or even later, before industrial CCS is up-and-running in Norway. The industries involved in this process have so far done a great job of adapting to the inconsistencies and uncertainties thrown up by Government, but they won’t do this forever. It’s incredibly risky behaviour from Government and smacks of politicians trying to abdicate responsibility.”

“This is a project for Norway, Europe and the rest of the world. It is vital that Government starts to step-up and turn its strong words on CCS into firm commitments. If it doesn’t, it’s not just Norwegians that will suffer, it will be the whole world.”

In review, some things seem mostly stay the same, year on year the concentration of green house gases in the atmosphere increase another notch. In return, the prospect of preventing our planetary climate system from tipping over into inhospitable becomes dimmer. The Norwegian governments new delay and lack of urgency in providing climate solutions for its own industries will again ratchet up our global climate crisis. At this rate, we may just about have low carbon cement and industrial products in time to build dams to hold back rising sea levels.

Review the long journey to CCS deployment in Norway