Is CCS seeing restored momentum in Europe (outside Norway)?

Is CCS development and deployment in Europe (outside Norway) back on track? In both recent political developments, with the new Dutch government committing to 49% CO2 emission reductions and close out of all coal power plants by 2030, and today’s UK introduction of the Clean Growth energy strategy, CCS appears to be back high on the agenda. Furthermore, a number of research projects around Europe on the re-use of existing oil & gas infrastructure and CCS clustering show that momentum has been restored.

Published on October 12, 2017 by Bellona Europa 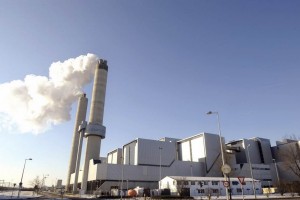 Is CCS development and deployment in Europe (outside Norway) back on track? In both recent political developments, with the new Dutch government committing to 49% CO2 emission reductions and close out of all coal power plants by 2030, and today’s UK introduction of the Clean Growth energy strategy, CCS appears to be back high on the agenda. Furthermore, a number of research projects around Europe on the re-use of existing oil & gas infrastructure and CCS clustering show that momentum has been restored.

There is no denying the fact that Europe has faced a setback when it comes to development of CCS, in large part caused by a reduced political momentum in the early 2010’s, and consequently policy uncertainty deterring investment. This week, the Dutch government in its coalition agreement, among other things, announced plans to close all coal power plants by 2030 and cut emissions by 49%, with CCS in the industrial sector to play a large role in these efforts. Under the plan, CCS will deliver at least 20 million tonnes in CO2 emissions reductions every year by 2030, representing some of the most ambitious plans on CCS in Europe to date. The Dutch government has also committed to storing 18 million tonnes of CO2 per year by 2030.

Today, the UK government also introduced its Clean Growth energy strategy in which support for carbon capture, utilization and storage (CCUS) has been renewed. In its strategy, among other things, the UK government has committed to:

On the other hand, the Norwegian government has today also announced cutting a significant amount of funding for full-scale CCS, from €38.5mil (NOK 360mil) in 2017 to €2.1mil (NOK 20mil) in 2018, and have postponed any further decisions until May 2018.

Bellona is sustaining its efforts to keep CCS on the table and has taken an active role in a number of research projects throughout Europe, including project ACORN, which looks at how existing oil & gas infrastructure can be reused to grow a Scottish CO2 transport and storage cluster. The project was recently awarded financial support by the Scottish Government. In addition to ACORN, the ALIGN project, with 50+ partners covering all aspects of CO2 capture, transport and storage, looks at the development of CO2 clusters throughout Europe.[1]

The change in momentum can largely be attributed to the start-up of such projects and a shift of focus from power towards industrial applications of CCS. In this respect, re-use of existing infrastructure and development of industrial clusters has been said to have the best potential to lead to a rapid deployment of CCS.

At the end of the operational life of an oil and gas asset, off-shore structures such as topsides, wells and pipelines, along with other subsea infrastructure need to be dismantled, removed and disposed of, or in other words, decommissioned. Once decommissioning is completed, the site has to be monitored in perpetuity.

In recent years, following a drop in the oil price, exploration in the North Sea has seen a sharp decline, followed by acceleration in costly decommissioning of the related infrastructure.  In fact, data shows that overall decommissioning expenditure in the North Sea could be between €1.23bn and €2.9bn per year, with the average cost estimates rising by 14% per year, potentially reaching over €19bn between now and 2020, and €52.4bn by 2040). Cost over-runs are also reported at around 60% of the estimated decommissioning costs. Depending on the applicable taxation, up to 75% of these costs will be borne by the government through tax relief.

Research has shown that by keeping some key off-shore strategic infrastructure in place and repurposing it as part of a new CCS (cluster) network, it could make the initial cost hurdle for future CCS projects around Europe considerably lower than it otherwise would be, as well as lower the cost of the decommissioning itself.

With the reuse potential of infrastructure already having been proven (i.e. Peterhead CCS project), careful planning between the industrial and oil & gas sectors, government authorities and other stakeholders, including labour unions will be required.

The ultimate aim of project ACORN is to implement, at minimum capital cost, a full chain CCS system at St. Fergus Terminal in north east Scotland by 2023 through the re-use of the existing oil & gas infrastructure in the North Sea. The main objectives of the project also include identifying technical options to increase storage efficiencies and to explore build-out options to other sources of CO2 emissions in the UK region. Bellona’s work in this respect will focus on developing European policy recommendations to protect the relevant infrastructure from premature decommissioning and for the future ownership of potential CO2 stores.

Shared pipeline networks can offer promising opportunities for faster deployment of CCS in Europe. As Bellona’s recent report Manufacturing our Future has shown, individual industrial actors (i.e. steel, cement) are unlikely to develop geological storage sites and build CO2 networks on their own. Establishing CO2 transport and storage hubs and developing strategic CO2 capture, transport and storage clusters, would allow for CCS to significantly benefit from economies of scale, at the lowest societal cost, therewith reducing the risk exposure for individual projects. In turn, this would reduce the cost of overall industrial decarbonisation and concurrently allow for a just transition through preserving and creating of hundreds of thousands of jobs.

While the momentum for (industrial) CCS in Europe might have been restored, the goal is now to make sure to maintain a clear vision and work on developing firm political support for European CO2 industrial cluster development and protect the relevant infrastructure from premature decommissioning. This would go a long way in expediting CCS development in Europe and avoiding future momentum losses.

[1] The projects are funded under Horizon 2020 ERA-NET Cofund.