A decadal staircase to 2°C: time to step up

Climate change has a long and prolific track record when it comes to talks. Yet talking the talk turned out to be far from walking the walk: almost 3 decades after first World Climate Conference in 1979, coordinated international action is still an idle and listless attempt at solving the greatest problem of mankind. However, if the current goals of the Paris Agreement are re-calibrated into a comprehensive set of action steps, we just might stand a fighting chance. 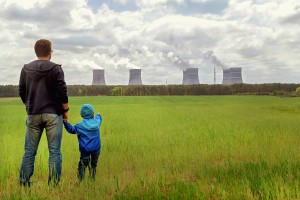 Safeguarding our climate for the future generations to come. Credit: Think Stock Photos

Climate change has a long and prolific track record when it comes to talks.  Yet talking the talk turned out to be far from walking the walk: almost 3 decades after first World Climate Conference in 1979, coordinated international action is still an idle and listless attempt at solving the greatest problem of mankind. However, if the current goals of the Paris Agreement are re-calibrated into a comprehensive set of action steps, we just might stand a fighting chance.

A recently published article from one of the worlds’ leading journals of scientific research, Science, gives a clear breakdown on the steps for how to get to the 2°C goal by 2050. In their step-by-step narrative, they present a decadal decarbonisation plan to effectively and affordably curb climate change. The key to the future of decarbonisation are, among other climate change mitigation tools, technologies that remove carbon dioxide (CO2) from the atmosphere, also known as Carbon Capture and Storage (CCS). Ever since its foundation three decades ago, Bellona has been vocal in advocating the large scale deployment of this indispensable technology.

So what do the authors envision for the decades to come?

By the end of this decade, the already existing policy instruments are expanded and improved. Steering climate mitigation on a new pathway will also mean getting rid of fossil fuel subsidies entirely. In the industrialised world, cities and major corporations have elaborate decarbonisation strategies.

Here, reshaping industrial policies will be vital to reach the next step on the stairway to 2°C. Without fertile political ground and much needed preparation, taking CO2 out of the atmosphere will remain a far-fetched concept. Clarity on the long term direction and support for the deployment of CCS in the next decades is crucial in order to incentivise investment, mitigate risk and gain public support. In its latest report on industrial CCS, Bellona defines the nuts and bolts of the steps needed to set the stage for large-scale decarbonisation. Laying the regulatory groundwork for a successful CCS scale-up will include:

Once this regulatory blueprint is set, the real challenge begins.

From 2020, efforts need to be scaled up dramatically. Going carbon-negative will be imperative in order to ensure that the climate goals are met: CCS should, by this point, be well under way. Research efforts are directed at driving the costs of the technology down and removal of CO2 is coupled with second- and third-generation bioenergy in order to go carbon negative.

Efforts are amped up in the transport sector as well: by the end of this period, leading countries phase out the production of internal combustion engines. Additionally, research is increasingly focused on the development of battery life extensions, which can offer significant benefits both for energy storage and electric mobility.

Bellona considers electric vehicles to be a cost effective mitigation measure that addresses multiple problems when it comes to climate change. Apart from decarbonising the transport sector, electrifying transport on a larger scale will clear out air pollution and boost energy security by providing energy storage to variable renewable power.

In this decade, all of the inputs to society should be either carbon-neutral or carbon-negative. The cities of tomorrow need to use emissions-free concrete and steel or replace those materials with other materials, such as wood, stone or carbon fibre. Not only will our cities have to be built with neutral materials, but also the renewables powering them. Unless we find a different way to make them, wind turbines, electric cars and solar panels will all require CCS to remain emission-neutral.

Manufacturing our future will certainly require an extensive application of CCS in cement, steel and other carbon-intensive industries in order to remain on the 2°C pathway. For this decade, the scenario envisions a roll out of large-scale BECCS (the combination of CCS with sustainable bioenergy) schemes and an overall doubling the annual rate of CO2 removal.

By this time, the planned CCS projects will be full-scale and will ensure that the remaining backup energy from natural gas has a limited carbon footprint. At the end of this decade, the world reaches net zero CO2 emissions, with ‘’a global economy powered by carbon-free energy and fed from carbon-sequestering sustainable agriculture’’. The CCS projects coupled with biofuels are either scaled up or re-evaluated in order to ensure their sustainability in the future.

The forecast for a 2050 world might be a hard prediction to make.

Yet, setting boundaries might drive us away from just wishful thinking and help us make zero-emissions future a reality.