Democratic debates put climate change on front burner – but whose willing to light the fire?

Democratic nominees for the presidential ticket in 2016 came out swinging to make climate change a major agenda item in the upcoming presidential race, marking the first time national level politicians have positioned the issue as a major pillar of their platforms.

Published on October 14, 2015 by Charles Digges 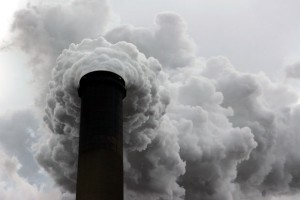 Democratic nominees for the presidential ticket in 2016 came out swinging to make climate change a major agenda item in the upcoming presidential race, marking the first time national level politicians have positioned the issue as a major pillar of their platforms.

CNN, which hosted the debate in Los Vegas, allocated just one question to climate change, which was posed by an audience member and chuffed into the last segment of the two-hour fisticuffs.

But the contenders, anxious to have their positions heard, laid out their climate strategies far earlier in their opening statements – and then grasped at every chance they could to inject the climate into the event.

But Sirin Engen, a Bellona advisor on Carbon Capture and Storage (CCS), said much of what was heard needs to be buttressed by concrete plans to not just make cuts, but use available carbon capture and sequestration technologies to make them stick.

She said she would also like to hear more of the candidates putting a price on planet warming carbon dioxide, or CO2.

Vermont Senator Bernie Sanders addressed that issue, highlighting his work on legislation that would have put a price on CO2 emissions, and called climate change a “moral issue.”

In response to an earlier question, Sanders also pointed to climate change as the biggest national security threat to the United States.

“The scientific community is telling us: if we do not address the global crisis of climate change, transform our energy system away from fossil fuels to sustainable energy, the planet that we’re going to be leaving our kids and our grandchildren may well not be inhabitable,” Sanders said. “That is a major crisis.”

Former Maryland Governor Martin O’Malley staked his climate claim with a pledge to put the US on 100 percent renewable energy by 2050, a goal he’d previously state. In the debate, he stepped that up, saying an executive order on the issue would be his first action as president.

“We can get there as a nation, but it’s going to require presidential leadership,” he said.

Hillary Clinton flexed her climate credentials by recalling roaming the hallways at Copenhagen’s COP15 Climate Summit with President Barack Obama to shake the lapels of Chinese leadership so they would commit to a CO2 cutting deal.

“I have been on the forefront of fighting climate change, starting in 2009, when President Obama and I crashed a meeting on the Chinese and got them to sign up for the first international agreement to combat climate change that they’d ever joined,” Clinton said during the debate.

But Clinton also had punch her way out of a corner over her original 2010 position as Secretary of State on the controversial, highly polluting Keystone XL pipeline project, which she said then she might support. 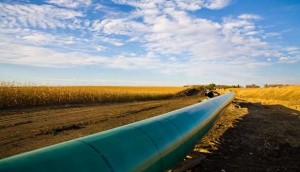 Living up to Obama’s climate legacy

The candidates’ insistence on forwarding their climate bona fides shows how important the issue is to voters who will take part in Democratic Party primaries to select a potential successor to Barack Obama, who recently has worked overtime to cement his environmental legacy.

He opened his administration with bold environmental bills that were eventually defeated by a hostile Congress.

In August, Obama announced his Clean Power Plan to cut US power station emission by nearly a third within 15 years. Later that month he took a trip to Alaska to highlight the dramatic impact of climate change on the Arctic.

Then, also in August, Obama authorized the EPA to police a 40 to 45 percent slash in oil and gas industry releases of methane – a so-called short-lived climate gas 25 times as heat-trapping as carbon dioxide. 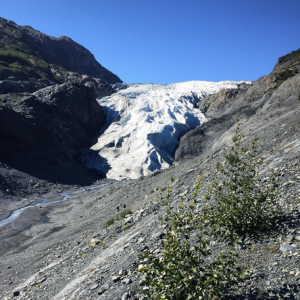 Who should be passed the climate baton?

But do the Democratic contenders have what it takes to fill Obama’s shoes, or preferably go up a few sizes?

Bellona’s Engen wants to hear more before she makes a ruling.

“[Obama] has shown a willingness to provide incentives for the key technology to drastically cut CO2 emissions in the US, namely CO2 capture and storage,” she said. “Hopefully the ambitions put forth by the […] candidates follow the same route.”

But she said, “Deep emission cuts are needed in other sectors than electricity production” which is where Obama has mainly wielded his executive power of the EPA cudgel.

“Bellona deems it necessary for the climate credibility of the new candidates that they create decarburization plans for transport and traditional industry as well as these sectors represent almost 50 percent of the total CO2 emissions in the US,” Engen said.

Who would play for Paris?

With the touted December UN climate summit in Paris getting painfully close, Engen noted that the next president – presuming it’s a Democrat – would have to follow up on, and possibly strengthen, the commitments that are agreed to at the negotiations.

Bellona finds hope in the fact that climate takes the center stage during the candidate debates and ahead of what might be the most important meeting in a generation,” said Engen.

“Maybe this can fuel Obama’s will to return from Paris with a real climate agreement and a global CO2 price,” she said.