The UK and Scottish governments have announced plans to dedicate more than €5 million for engineering and feasibility studies for a Carbon Capture and Storage (CCS)-equipped coal gasification power plant in Grangemouth, Scotland. This move is of significant importance as the company in question, Summit Power, plans to build and operate the plant without direct state aid. It is the combination of an Emissions Performance Standard (EPS) and the Contract for Difference (CfD) that are making such low carbon investments attractive in the UK.

Published on April 1, 2015 by Bellona Europa 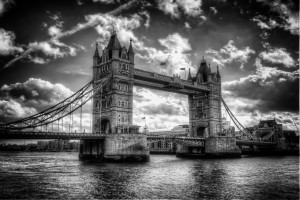 Director of Bellona Europa, Jonas Helseth, said: “Grangemouth is evidence that the UK government’s steps to promote CCS are working. The UK has given a crystal clear signal to industry that unabated fossil fuels will be stranded assets through the introduction of an EPS and they have given a sense of security to CCS investors through Contracts for Difference. This is something we could all learn from.”

The funding has been awarded to the Seattle-based Summit Power Group, who will spend 18 months undertaking detailed research and feasibility studies with the ultimate objective of designing, siting, financing and building the new power plant, the so-called Caledonia Clean Energy Project. The envisaged 570 megawatt coal-gasification power plant, to be fitted with CCS technology, will capture up to 90% of its CO2 emissions, which will subsequently be transported via pipeline for storage in the North Sea. Given the proximity of Grangemouth to the North Sea, it is no coincidence that it was selected as the site for the project.

“There is no actual firing. It’s a coal-fuelled power plant but it’s not burning the coal. It’s like a chemical refinery for coal” noted Stuart Haszeldine, Professor of CCS at Edinburgh University in reference to the envisaged project.

During the past decade we have observed a number of CCS projects fail as a result of lack of political support. The €5 million in funding from the UK and Scottish governments is of crucial importance to driving CCS deployment forward, and reaffirms their leadership in this field. The UK has previously backed other CCS projects which are currently in advanced stages of development, including the 426MW White Rose facility at Drax in North Yorkshire, and Shell, Scottish and Southern Energy’s (SSE) Peterhead CCS project in Aberdeenshire.

Caledonia Clean Energy Project is unique from these other two projects as the major driver for development is not direct EU or UK funds but the result of the UK electricity market reforms (EMR). The EMR is now beginning to show that CCS investments can be attractive in the correct framework – one that rewards low carbon generation and puts a real cost on polluting unabated coal.

The need for CCS in industry is also indisputable

CCS plays a key role in achieving climate mitigation objectives, and the application of CCS in the power sector is crucial to diversifying and boosting the security of energy supplies. But CCS is also essential to decarbonising industry, and a rollout of CCS in the power sector will help progress CCS in the industrial sector. As recently highlighted by a number of studies (including the DECC-commissioned study “Industrial Decarbonisation and Energy Efficiency Roadmaps to 2050”, the Green Alliance analysis “Decarbonising British industry: why industrial CCS clusters are the answer” and the ETI’s report “Building the UK CCS sector by 2030 – scenarios and actions”) CCS is the only viable technology that can allow us to cost-effectively attain sufficient reductions of CO­2 emissions in a number of heavy industry sectors, such as steel, cement, chemicals and refining.