During a meeting of the European Parliament’s Environment Committee (ENVI) this week, agreement was reached on a compromise deal to improve the sustainability of bioenergy. This represents yet another step on the long and winding path toward curbing unsustainable bioenergy practices and attaining more comprehensive accounting for emissions. The deal still needs to be voted through the Parliament’s plenary later this month. 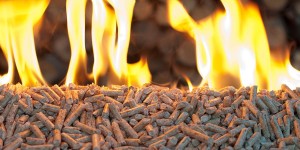 Bioenergy can and must contribute to combating climate change, but it is a challenging political route to ensuring and attaining its sustainability. Back in 2008 the European Parliament called for inclusion of emissions related to ILUC (indirect land-use change). Meanwhile, land-based biofuels have been subsidised with up to €10 billion a year, and a 2020 target of 10% renewable energy in transport has grown an industry, of variable sustainability standards, in and beyond Europe.

The road to reforming EU policy in this field has been long and challenging. The compromise deal that now passed in the ENVI Committee is a second attempt and the result of extensive negotiations between the Parliament and Member States with the Latvian Presidency.

After the Committee endorsed the outcome of these negotiations with by 51 votes to 12, the rapporteur on the file, MEP Nils Torvalds (ALDE, Finland) commented: “It was a very challenging file and we didn’t achieve all we wanted to achieve. There are very different capabilities and approaches between Member States on advanced biofuels, some are willing to go forward more than others, as well as a very profound disagreement on ILUC factors.”

Watered down but on right track

The negotiations’ main sticking points were around a limit to first generation (or land-based) biofuels, a target for advanced biofuels and incorporation of ILUC factors.

On the limit to first generation bioefuels, the deal reduces the EU’s 2020 transport target for these from 10% to 7%. This will still involve an increase in the consumption of biofuels from today’s level, which is around 5%. Originally the limit was set lower, at 5.5%, but this has since been pushed up by Member States.

Above this 7% limit Member States can use advanced biofuels to meet the 10% target. Advanced biofuels are those which are sourced from certain types of waste and residues and newer sources such as seaweed.

Member States will have to set concrete national targets for such advanced biofuels within 18 months of the amended Directive entering into force. These can follow the indicative target of 0.5% that the compromise deal sets out, or they can be lower to take national circumstances into account. This 0.5% target is lower than intitial proposals, and is also in fact only 0.25% as advanced bioefuels are set to be doubly counted

On ILUC the Parliament has pushed for inclusion against highly reluctant Member States. The outcome of negotiations is that the Commission will have to report on these emissions but Member States will not have to actually account for and reduce them.

In sum, this is a deal that signals recognition of challenges, but falls short of comprehensively tackling them. It does, however, put current EU policy on the right track. Bellona would in particular have liked to see the target for advanced biofuels being more ambitious. The next steps will involve the Parliament’s plenary vote later this month and EU energy ministers’ endorsement.

With carbon capture and storage (CCS) sustainable bioenergy can attain carbon negative emissions (Bio-CCS) – a technology that the IPCC confirms is necessary to combating climate change.