EC recognises need for CCS in its Energy Union Strategy

On 25 February 2015 the EU adopted its Communication for an Energy Union, setting out a strategy for the establishment of a resilient Energy Union with a forward-looking climate change policy. The Communication features an annexed action plan listing fifteen ‘action points’ for the coming years, including electricity market legislation, enhanced regional cooperation and increasing funding for low-carbon technologies. Bellona welcomes in particular the explicit reference to the need for enhanced support to Carbon Capture and Storage (CCS) technology in meeting climate change objectives, and calls for these words to be matched by concrete actions, for instance through meaningful reform of the ETS and its related funding mechanisms for CCS.

Published on March 4, 2015 by Bellona Europa 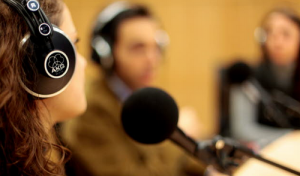 The recently released Communication of the EC sets out that the Energy Union will adopt a number of inter-related policies, among which will be new pieces of legislation with the ambition to secure supplies of electricity and gas as well as increased funding channeled towards energy efficiency and renewable energy generation.

The Strategy notes that if Europe’s Energy Union is to be the world number one in renewable energies, it must lead on the next generation of renewable technologies as well as to energy storage solutions. The Communication seeks the establishment of a new Research and Innovation (R&I) strategy. This new European energy R&I approach will seek to accelerate energy system transformation.

The Energy Union Communication highlights the importance of a forward-looking approach to CCS and Carbon Capture and Use (CCU) for the power and industrial sectors, arguing that it will be critical in reaching the 2050 climate objectives in a cost-effective way. The text acknowledges that the deployment of this key technology will necessitate the creation of an enabling policy framework. This in turn will require a comprehensive reform of the EU Emission Trading System (ETS) and the implementation of the new Innovation Fund, in order to increase business and investor certainty.

CCS is crucial to ensure the decarbonisation of energy-intensive industries as well as of the European electricity supply system. Bellona is, therefore, pleased to see the acknowledgement of CCS technology as key to meeting climate change objectives.

For over two decades, Bellona has been actively working on fostering the creation of a CCS-conducive policy framework. One important next step would be to ensure the smooth and timely operationalisation of the planned Innovation Fund. To this end it should build on lessons learnt from its predecessor, the NER300. Bellona will be publishing a response to the ETS consultation in the coming week, including detailed recommendations for the design of the Fund.

The Energy Union strategy is set to be approved later this year. EU Energy Ministers will discuss the Communication in Brussels on 5 March 2015 and during an informal gathering to be hosted by the Latvian presidency on 14-16 April 2015, before adopting a formal position at the Luxembourg Energy Council on 11-12 June 2015.