The reality of the carbon bubble is becoming ever more pronounced. Following the filing of a resolution by Shell, whereby it committed itself to publishing detailed analyses of how its business plans go hand-in-hand with climate change objectives, it has made an announcement to decommission its North Sea oil platform, the Brent Delta. This in turn could translate into good news for the deployment of Carbon Capture and Storage (CCS) technology.

Published on February 26, 2015 by Bellona Europa 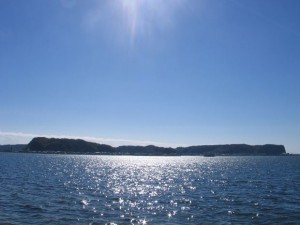 The dramatic decline in the oil price has resulted in big cuts in North Sea oil exploration and acceleration in the decommissioning of related infrastructure. Shell, one of the major oil companies involved in these developments, has recently announced plans to begin decommissioning the Brent Delta platform, weighing 23,500 tonnes and standing higher than the Eiffel Tower. (Read more on the reality of the carbon bubble and stranded assets here).

Shell plans to transport the platform by sea to Teesside for onshore demolition. Rig decommissioning may cost €20 billion over the next decade and 60% of those costs will ultimately be borne by the government through tax relief, getting economic and environmental value matters.

Recent research undertaken by Green Alliance which assesses the most cost effective and environmentally friendly ways of treating old rig infrastructure, concludes that the decommissioning of oil platforms could offer some promising opportunities for CCS. The study argues that the optimal treatment of old oil rig infrastructure would be not to remove it all, but rather repurpose it as part of a new CCS network. This would not only lower the cost of decommissioning, but would also facilitate the deployment of CCS and render it more cost effective. The viability of pipeline reuse for CCS infrastructure has already been demonstrated by the Peterhead CCS project. In order to deliver this effectively, careful planning of the links between potential sources and sinks, and collaboration across the oil and gas sector around the shared use of infrastructure would be required.

Bellona strongly supports the repurposing of oil and gas infrastructure for the development of CO2 transport and storage infrastructure. A growing CO2 storage industry has the potential to maintain high skilled employment across the North Sea as the hydrocarbon industry shrinks.  This offers promising opportunities for the recently launched Teesside Collective project, which will transport captured CO2 emissions via a shared pipeline network for permanent storage beneath the North Sea.