Vis menyen
Bellona.org > Latest News > Transport > Electric mobility > How far are we from an Energy Union?

How far are we from an Energy Union?

On 25 February 2015 the European Commission (EC) will be presenting its Communication for a Strategic Framework for an Energy Union. The creation of an Energy Union will aim to reform how Europe produces, transports and consumes energy.

Published on February 17, 2015 by Bellona Europa 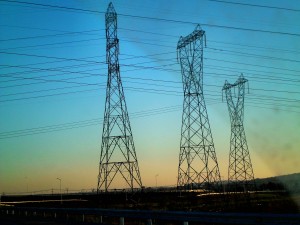 The envisaged Energy Union strategy will be structured around five mutually-reinforcing and closely interrelated dimensions: security of supply, the internal energy market, energy efficiency, decarbonisation and research & investment (R&I). It will guide a series of 40 concrete actions and initiatives that the EC will be undertaking during the 2015-2017 period.

The establishment of an Energy Union will necessitate the collaboration of a number of Commissioners and their respective Directorate Generals (DGs), however, DG Energy will be taking lead responsibility in driving work forward. Bellona Europa will be closely following the evolution of the Energy Union.

Here we take a look at the latest developments on some of the issues Bellona works on: energy security, ETS reform and Carbon Capture and Storage.

In light of recent developments, energy security will remain high on the agenda. According to a draft version of the Energy Union strategy, the EC plans to address the security of supply issue through the diversification of energy sources, suppliers and routes. A diversification package for gas will be put forward, which will include facilitating a major increase in gas imports from the Southern route, the Mediterranean and Algeria. What is more, a Communication on promoting domestic resources will be put forward, including progress on shale gas. This will draw on work of a European science and technology network on unconventional hydrocarbon extraction, of which Bellona is a member.

Particular attention will also be placed on reducing oil dependence in the transport sector. The EC will be releasing a Communication on the decarbonisation of the sector.  The draft Energy Union strategy states that Europe needs to speed up the electrification of car fleet and become a leader in electromobility. This would require a full integration of electric vehicles (EV) and batteries in urban mobility policies and in the electricity grid, both as energy consumers and potential storage facilities. Read more about the outsized influence EV batteries will have on the electricity market here.

The EC will be adopting a new legislation to revise the EU Emissions Trading System (ETS) in the 2021-2030 period. The persistently low and volatile carbon price has failed to incentivise investment in crucial climate mitigation technologies, such as CCS. Bellona is currently in the process of providing input to the consultation on the ETS Directive for post-2020 and will target its advice on the Innovation Fund, which will be established by the EC to support CCS projects and innovative renewable energy technologies.

The Energy Union strategy will also explicitly highlight the importance of supporting CCS as a necessary technology to reach the 2050 climate objectives in a cost efficient way and to support the security of supply in the EU. Bellona strongly commends the EC’s continued recognition of the centrality of CCS in attaining both energy security and climate objectives.