The carbon bubble – from concept to reality

“The idea that investors may lose money sunk into fossil fuel projects is no longer just a theory; it is now a reality” warns UN climate chief, Christiana Figueres. The attainment of the 2°C target will require around more than half of the world’s fossil fuel reserves to remain in the ground, instead of generating profits for investors. The increasing recognition of this reality has resulted in the filing of a resolution requiring oil companies to publish detailed analyses of how their business plans fit with global climate change objectives. While strongly commending the resolution, Bellona believes that the future viability of utilities will only be ensured via divestments from the most carbon intensive fuel production and exploration, and the mobilisation of investment into the deployment of Carbon Capture and Storage (CCS) technologies.

Published on February 3, 2015 by Bellona Europa 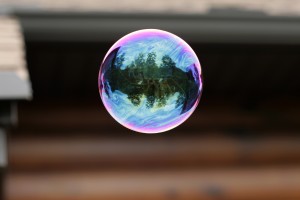 The resolution, filed by 150 investors, Shell being one of them, will require oil companies to test whether their business model is compatible with the climate change target of limiting global temperature increase to 2°C. The resolution also includes a ban on corporate bonuses for climate-harming activities and a commitment to invest in renewable energy.

Bellona, who sees the resolution as an important step forward, believes that an analysis of the emission profiles of major EU companies, followed by a directed capacity and awareness building campaign toward stock market analysts on scenarios for expected future climate policies can have a huge impact on the perceived market value of companies with large fossil reserves. “This will induce executive decisions to mitigate corporate climate risk, which for most of these businesses means the deployment of CCS” explains Jonas Helseth, Director at Bellona Europa.

What is more, Citigroup analysis has estimated that the recent US-China agreement, whereby the world’s two largest emitters committed themselves to ambitious CO2 emission reductions, would result in substantial revenue losses amounting to €3 trillion for big oil and coal companies over the next 15 years. The pace of market change resulting from climate policies can already be observed through the rapid decline in fortunes of European utilities. The low oil prices have resulted in a number of expensive oil projects – deep sea, Arctic, tar sands – beginning to be taken off the table.

CCS – a pre-condition for future fossil fuel use

“Due to the large climate cost of coal, any significant use of the fuel is inseparable from CCS. The development and deployment of CCS technologies in Europe is therefore imperative should Europe utilise its largest indigenous energy source” argues Keith Whiriskey, Climate Technologies Policy Manager at Bellona Europa.