Vis menyen
Bellona.org > Latest News > Carbon Capture and Storage > Future of the Climate and Energy portfolios in the new Commission

Future of the Climate and Energy portfolios in the new Commission

On 10 September 2014 Jean-Claude Juncker, President-elect of the European Commission, revealed the distribution of portfolios among his new team of Commissioners. The new team had to be approved by the European Parliament, who conducted interviews with the 27 candidates from 29 September to 7 October 2014. Alenka Bratušek, the Slovenian candidate for Energy Union Commissioner and Commission Vice-President was overwhelmingly rejected by the Parliament on 8 October 2014, whereas the controversial Miguel Arias Cañete has been approved for Commissioner for Climate and Energy.

Published on October 10, 2014 by Bellona Europa 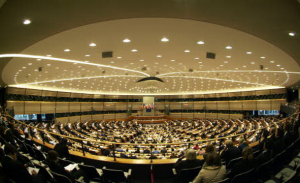 Former Prime Minister of Slovenia, Alenka Bratušek, failed to convince MEPs at her hearing at the European Parliament (EP) on 6 October 2014 of her suitability for the role of Commission Vice-President and Energy Union Commissioner. Bratušek was heavily criticised for having appointed herself as Commissioner in the last days as prime minister after losing the July election. During her interview, she emphasised that close cooperation would be needed between the EU institutions to achieve the energy union objectives, which she sees as including improved energy efficiency, reduced dependence on non-EU energy sources, attained EU climate targets and maintained leadership of the EU in the field of climate action. However, she left MEPs unsatisfied with the lack of detail on how these objectives would be met. Bratušek seemed unprepared to answer several questions and repeatedly made rather general comments about the need to complete the internal energy market and to build infrastructure. She also gave little detail on how she envisaged her role at the upcoming UN climate negotiations in Lima and next year in Paris.

The approval by Parliament of Miguel Arias Cañete for Climate and Energy Commissioner on the other hand took many by surprise. Cañete, a former agricultural minister of Spain, was seen as the most controversial candidate due to his past links with the oil industry and last-minute changes in his statement of financial interests. Prior to his hearing we observed significant public opposition with an online petition attracting nearly 600,000 signatures and a vocal social media calling for Cañete to be rejected.  Despite his financial links to the oil industry Cañete demonstrated a strong knowledge of climate and energy issues during his interview on 1 October 2014.

During his hearing MEP Krišjānis Kariņš, enquired on how the Commissioner-designate intended to balance the energy and climate priorities, since these can sometimes be perceived as contradictory. Cañete emphasised the importance of increasing energy efficiency, in particular by improving the performance of buildings and promoting eco-designs. He believes that interconnections all over the EU should be established, in particular in the Southern Corridor and the Baltic States. Cañete also sees importance in encouraging renewables as well as the deployment of CO­2 capture and storage (CCS).

MEP Françoise Grossetête, who referred to CCS as crucial in enabling the transition towards a low-carbon economy, asked about Cañete’s approach on new measures to leverage more funding for CCS and energy storage. Cañete responded that he sees CCS as essential in allowing for the use of a diversified energy mix, including hydrocarbons, while progressing towards a low-carbon economy. He committed himself to allocate additional funding for CCS projects and also expressed his commitment to look into funding opportunities for R&D into energy storage.

Cañete further stressed that the European Union’s Emission Trading System is the optimal tool for transitioning to a low-carbon economy and pledged to push for the establishment of a Market Stability Reserve (MSR) that avoids allowances being put back into the market. This viewpoint is shared by Bellona who advocates for the permanent cancellation of allowances in cases where the EUA price is below a certain threshold in order to ensure these adjustments effectively cure the EUA price. Bellona’s full position regarding the MSR proposal as well as recommendations for the way forward can be found in the Bellona brief on Comprehensive ETS Reform.

Following Bratušek’s rejection, Slovenia must now nominate a new Commissioner-designate and Commission President Juncker might need to rethink his “cluster” approach to the Climate and Energy portfolios.

Videos of the public hearings of the 27 candidates can be watched here.