The last week of September saw a number of events with EU officials speaking up for the importance of CO2 Capture and Storage (CCS) in reaching climate targets while reconciling growth and energy security. Outgoing Energy Commissioner Guenther Oettinger gave a clear signal to his successor when he expressed support for CCS at an EU-Norway energy conference. The comments come on the back of the Zero Emission Platform’s (ZEP) breakfast briefing on CCS, hosted in the European Parliament with Bellona Europa’s Director Jonas Helseth as one of the speakers. 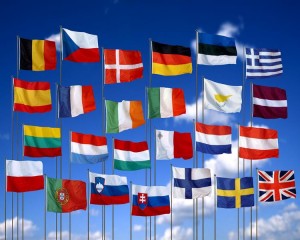 Guenther Oettinger joined Norwegian Minister for Energy and Petroleum Tord Lien in speaking at the 2nd EU-Norway Energy Conference on 25 September in Brussels. While discussion centred on the capacity, seen by some, for Norwegian gas to enhance European energy security, Commissioner Oettinger pointed out that this is particularly true in combination with CCS (full speech transcript here). Minister Lien echoed these views in restating Norway’s commitment to delivering CCS. Commissioner Oettinger also took the opportunity while attending a European Parliament committee meeting the day before the energy conference to reiterate the need to look at technologies like CCS in relation to the EU’s 2030 framework.

On the same day Member of the European Parliament and long-standing CCS supporter Jerzy Buzek underscored the need to make tough decisions on Europe’s energy future – including reconciling coal use with CO2 emission reductions (see the interview with CommentVisions here). As the new chair of the Parliament’s industry, research and energy committee (ITRE), Buzek will be leading the work of steering these issues through the Parliament for the next five years.

Such remarks were made the day after an event was held in the European Parliament, aimed at introducing both new and continuing EU officials to CCS. The event was organised by the European Commission’s technology platform for CCS, ZEP, of which Bellona is a steering member. It was hosted by Member of the European Parliament (MEP) Jude Kirton-Darling (Socialists & Democrats, from the UK) and co-host MEP Krišjānis Kariņš (European People’s Party, from Latvia). An exchange of views was held on the role of CCS in the decarbonisation of Europe, and in particular how to meet this target while enhancing energy security and ensuring economic stability and jobs.

Director of Bellona Europa in Brussels, Jonas Helseth, outlined the views of an environmental NGO that is in support of CCS. In particular Helseth explained that CCS is the only technology that can tackle emissions that are inherent to several energy intensive industrial processes such as cement and steel production. Helseth also presented the option of attaining carbon negative emissions when CCS is combined with sustainable biofuels. The IPCC’s latest assessment report finds Bio-CCS will be necessary to attain global CO2 reduction needs. Bellona has conducted work both within and outside ZEP on these matters, producing reports on both topics (industry CCS and Bio-CCS).