Having already taken the CCS lead in Europe through supportive policies and two commercial scale projects under active development, the UK is committed to progress further. A Policy Scoping Document, published by the government on 7 August, sets out the path to developing an approach for the next phase of CCS projects in the UK. “We need CCS to be commercial in a decade,” states UK Secretary of State for Energy and Climate Change Ed Davey.

Published on August 8, 2014 by Bellona Europa 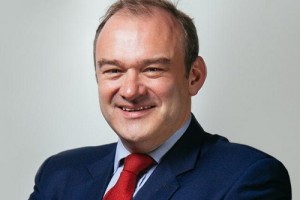 The UK government declares that it aims to deliver a secure, affordable, low-carbon energy system. As part of this, its long-term vision for the electricity market is to transition to a point where low-carbon technologies can compete fairly on price. CCS is here to assume an important role, and the new scoping document asserts that the government is committed to supporting the commercialisation and cost reduction of CCS alongside the efforts of industry and governments internationally. Against this backdrop, the document summarises the policies and actions the government has taken and presents the main challenges to further commercial deployment of CCS in the UK.

According to the document, CCS can positively impact the energy system in the following ways: First, by contributing to the decarbonisation of the UK electricity system. The 2013 Electricity Market Reform Delivery Plan attaches great importance to CCS. Second, to continue to meet climate ambitions, the UK will then need to tackle the carbon emissions which originate from energy intensive industry. For some of these industries, CCS is likely to be a key technology through which to achieve this. Finally, in the long term, when combined with biomass and bioenergy, CCS creates the potential of “negative emissions” – the possibility of removing CO2 from the atmosphere by permanently storing the carbon temporarily locked in plants.

The UK government foresees CCS development and deployment in three broad phases, where each phase represents a further commercialisation of the technology. Phase 1 is heavily state supported, with the aim of realising the UK’s first commercial scale project(s), through which experience will be gained with respect to market-led commercial and legal frameworks. With the Peterhead and White Rose projects under development, this is the current phase. Phase 2 will be a transition phase, with reduced levels of government support, before full commercialisation is reached in Phase 3, where projects are able to compete in the market on the basis of cost with other low-carbon technologies.

The document invites views, input and evidence by 23 October 2014.