Bellona Europa welcomes the European Commission’s announcement of 8 July 2014 to award the UK-based White Rose CCS Project up to EUR 300 million in funding as part of the second round of the NER300. This decision will contribute to the reconciliation of energy security, climate change and re-industrialisation objectives in the UK, while sending a strong signal to EU Member States for more investment in CCS. 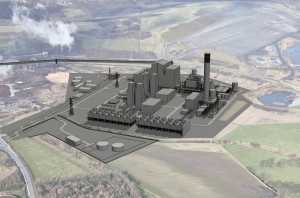 NER300 is the world’s largest funding programme for CCS and renewable energy demonstration projects aimed at encouraging investments in large scale demonstration projects. The funds for NER300 come from the sale of 300 million CO2 emission allowances, known as Emission Unit Allowances (EUAs), and the amount available to chosen demonstration projects is dependent on the current EUA price at which they are sold. The first round of NER300 in late 2012, however, did not fund any CCS projects as a result of the low EUA price observed in the EU’s emission trading system, stringent administrative requirements and the lack of financial backing from Member States. In fact, the European Commission admitted in late 2013 that inflexibility had halted promising CCS projects.

The White Rose project, developed by Capture Power Limited, a consortium between Drax, Alstom, and BOC, is now officially the first CCS project to receive EU funding under the second round of the NER300. This 426MW CCS power plant is expected to burn coal to meet the equivalent power needs of over 630,000 homes, while capturing 90% of the CO2 produced by the plant and transporting it by pipeline for permanent storage deep beneath the North Sea seabed. In addition, engineers are hopeful that the project can serve as a hub for future CCS projects in the region, which would allow the UK north east’s heavy industry to reduce its CO2 emissions while creating up to 6,000 jobs.

The White Rose project is also planned to be the first large-scale oxyfuel project in the world with the ability to use biomass fuel for co-firing. What this means is that, in addition to capturing nearly 90% of CO2 emissions, given the biomass fuel is sustainable and the right circumstances prevail, zero or even negative emissions could be attained. The key role of CCS combined with biomass, also known as Bio-CCS, in attaining carbon negative emissions needed to avoid an increase in global mean surface temperatures beyond 2°C, was highlighted in the 5th Assessment Report of the Intergovernmental Panel on Climate Change. Bellona, who regards Bio-CCS as a crucial component of the fight against climate change, therefore sees the decision to award EU funding to the White Rose as a significant step forward in the right direction.

The Chairman of the Zero Emissions Platform, of which Bellona is a steering member, Dr. Graeme Sweeney, said: ‘This decision sends a strong and positive signal, reaffirming the importance of CCS deployment and that we must keep pushing European projects with the continued support both at EU and Member State level. ZEP’s modelling shows that in the coming years CCS can create and secure an estimated total of 330,000 jobs across Europe. The EU’s long-term goal of reducing GHG emissions by 80-95% by 2050 cannot be met cost-effectively without CCS. Achieving our emission reduction goals while maintaining Europe’s industrial base is also essential for competitiveness, job retention and job creation in Europe’.