Bellona welcomes the news of Norwegian Petroleum Minister Tord Lien that Norway commits €12 million (NOK 100 million) to assist in meeting the financing gap of the Dutch CO2 Capture and Storage (CCS) project ROAD. Bellona also welcomes the Minister clarifying that this does not constitute an alternative to delivering a Norwegian CCS project. Strict conditions of project delivery must be placed on the funds provided by Norway and other European states to ensure the project delivers on its promise for CCS and the climate. 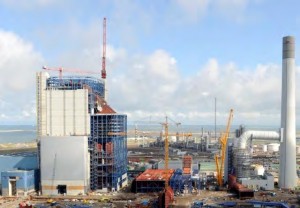 – I wish to underline that this is not to be a replacement for the work on full-scale CO2 management in Norway, minister Tord Lien assured commentators. As for any other news on the Norwegian CCS strategy post-Mongstad, the minister was silent.

Director of Bellona Europa, Jonas Helseth is pleased the minister has made this decision to deliver on both Norwegian and European climate efforts.

– The part-financing of ROAD is Norway helping out with some pocket money in order to get one of Europe’s most important CCS projects across the line. Norway pursuing its own national project, both in order to not lose the skills and infrastructure that Mongstad began developing and to deliver on Norwegian climate targets, will be the next good news we expect.

After the funding gap is closed

Norway’s financial contribution will form part of the minimum €40 million that European states will have to provide in order for the EU to release a further €20 million. If states stick to this minimum, the €60 million stands a chance of not being sufficient. ROAD project operators E.ON & GDF Suez have claimed in recent months that €100 to €150 million is needed. Only this week Bellona heard E.ON suggest the latest €130 to €150 million estimate. However, Bellona believes these continuous price inflations may be an attempt at non-delivery of the project on part of these utilities thereby allowing them to continue operating a polluting and unabated newly built coal power plant.

Strict conditions must therefore be attached to any funding to the ROAD project. Firstly significant fines should be levied if the project is not delivered or operated. Such measures are necessary to prevent vacillation from then parent companies of the project. Bellona regards such measures as necessary from experience and a long working relationship with E.ON & GDF Suez. It is not clear if these companies truly wish to deliver this project. Additionally, the facility once built is expected to capture and store CO2 for 4 years. The design life of the capture facility is 20 years. Stipulations to any funding given should therefore forbid the operators from dismantling the capture facility after the initial operational run.

ROAD at the centre of a European CCS adventure

ROAD is a project of E.ON and GDF Suez to deliver CO2 capture at a coal power plant in Maasvlakte outside Rotterdam. ROAD can be delivered relatively quickly and will be able to prevent 1.1 million tonnes of CO2 emissions each year from 2017. This CO2 will be stored in a depleted gas field in the North Sea, transported there by pipeline. The North Sea has the largest CO2 storage potential in Europe and is directly available to other leading CCS countries including the UK and Norway.

ROAD will enable Rotterdam to become the European continent’s first CO2 transport hub to the North Sea, enabling CO2 captured in western and central Europe to be permanently stored offshore. Studies have also shown that Rotterdam may receive CO2 via pipeline or barge from the heavily industrialised and CO2 intensive Rhine valley region of Germany.  The Rotterdam Port has also already set aside space for CO2 shipping that can be transported to other potential North Sea storage sites. This network can be expanded to build out Europe’s first CO2 hub. In fact the Rotterdam area already has the beginnings of a CO2 transport network, developed for use in local industry and greenhouses.

– Although ROAD is a coal driven project, its success will be critical for the gas-driven Norwegian sector. If CCS is not available in core European countries, climate goals will inevitably remove both polluting coal and natural gas from the electricity systems of Europe, Helseth notes.