Mandatory CCS as the solution to climate change?

Making Carbon Capture and Storage (CCS) mandatory is the only solution to climate change, believes Myles Allen, professor of geosystem science at the University of Oxford, director of the Oxford Martin Program on Resource Stewardship as well as lead author of the 5th scientific assessment report of the Intergovernmental Panel on Climate Change. 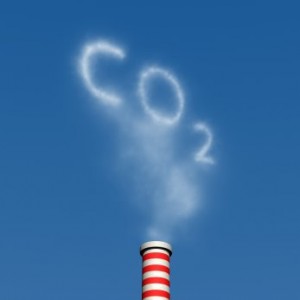 Allen argues that the extent of global warming is predominantly determined by the cumulative stock of CO2emissions over all time, and not the rate of flow in any given decade. For this reason, while carbon pricing and cap and trade schemes might be a good way of slowing down the rate at which we burn fossil fuels, it will not suffice if we still burn too much in the end. In fact, the demand for fossil energy use will always exist, and its entire ban may be impossible. Consequently, Allen advocates for CCS technologies, which capture CO2 and inject it underground. The CO2 will be permanently stored, preventing damaging climate change.

At present CO2 capture is not sufficiently incentivised.  Allen believes modest carbon taxes and CO2 cap and trade schemes act to make climate policy at times ineffective and may hinder CCS deployment. Allen argues that relying on a slowly rising carbon price or a slowly declining emission cap would in the best case scenario entail a headlong rush to CO2 capture sometime in 2050s, inducing a heavy burden on tax-payers of that time. Instead, Allen argues that the only way we will solve climate change is by making CO2 capture mandatory. “It would be much safer to phase it in gradually by requiring the fossil fuel industry to start sequestering a fraction of the carbon they extract right away”

Bellona, along with other environmental groups is arguing for the implementation of an EU wide emissions performance standard (EPS) on fossil fuel power plants. Bellona also believes that a range of policy is necessary, including an effective carbon price.