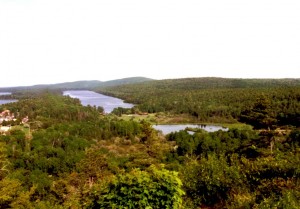 Under House Bill 4885, sponsored by state Rep. Aric Nesbitt, companies that use an enhanced method of extracting oil, also called enhanced oil recovery (EOR), will benefit from reduced taxes. Under this bill, EOR projects will be taxed at a 4% severance rate, rather than 6.6% for oil and 5% for natural gas, as has been the case under Michigan’s Severance Tax Act.

The method uses CO2, which is injected into depleted oil and natural gas wells to push the once-unattainable oil toward other wells where it may be pumped to the surface. It offers the environmental benefit of permanently trapping the CO2underground. The process is more expensive than traditional methods, but is considered the most cost-efficient method of CO2 capture and sequestration, Lt. Governor Calley said. Bellona regards CO2 EOR as a method to build expertise and infrastructure for CCS, paving the way for large scale deployment of CCS to avert climate change.

One of the founders of Core Energy, John Wilson, estimated that an additional 200 million barrels in the state potentially could be captured using the process – about 30 times Michigan’s annual output. At today’s prices, he said, the potential value of the oil is EUR 15 billion. In an interview with the Kalamazoo Gazette last month, Core Energy said that, since 1997, it has used the process on seven old oil fields in Michigan to retrieve 1.6 million barrels of oil that otherwise would not have been retrieved.

I believe this is a valuable first step,” Nesbitt said, calling it a “win-win-win” for jobs, domestic energy output and the environment. “This will help put Michigan on the map.”

Nesbitt, drawing on a 2008 National Resources Defense Council paper, pointed that no significant environmental impacts from CO2 injections were reported to date. Nesbitt referred to EOR as safe and effective and highlighted the method as a way to obtain more domestic energy while storing CO2 underground as opposed to releasing it into the atmosphere.