Innovative renewable energy demonstration projects and CO2 capture schemes across Europe will benefit from more than €2 billion raised by sales of 300 million emission allowances. The announcement was made by the European Investment Bank following the successful completion of the second phase of sales. 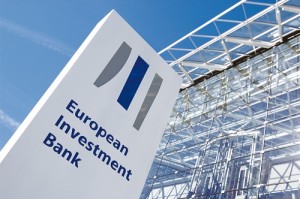 The sales are a part of the NER300 programme, which is a financing instrument managed jointly by the European Commission, the European Investment Bank and the Member States. The aim of NER300 is to establish a demonstration programme comprising the best possible CCS and renewable energy projects and involving all EU and EEA Member States.

The NER300 programme has struggled to fulfil its original objective of funding CO2 capture and storage (CCS) demonstration projects in Europe. Read about how the first round of NER300 failed to fund a single CCS project here, how only one CCS project (White Rose in the UK) was submitted to the second round here, and read about a European Parliament hearing on the NER300 here. At this hearing the European Commission admitted shortcomings, in particular inflexibility, in managing to secure a CCS demonstration with the NER300.

“The European Investment Bank is pleased to support future investment in low-carbon demonstration projects. Successful completion of monetisation of carbon allowances under the NER300 scheme will help both carbon capture and storage schemes and innovative renewable energy projects across Europe reach a commercial scale. We will continue to work closely with the European Commission to ensure that the best applicants can be awarded proceeds raised from the ground-breaking NER 300 scheme.” said Jonathan Taylor, European Investment Bank Vice President.

“The NER300 is a new path taken a few years ago to support large scale demonstration projects. We will need more of this type of innovation support in the transition to a low-carbon economy. I am glad that the European Investment Bank has joined us in this innovative work and I commend them for having done an excellent job in monetising allowances.” said Jos Delbeke, Director General for Climate Action, European Commission.

For the second phase a total of 33 project applications were received by the European Investment Bank by July 2013 and these have since been examined in detail. The European Commission is expected to announce details of awards to successful projects later this year. Word has it that the White Rose CCS project in the UK will be among the funded projects.

NER300 has enjoyed somewhat limited success, as the EU Emissions Trading System has not generated the CO2 price of €15 per tonne that was expected when the programme was set up in 2010. Consequently, the sales of emission allowances have raised considerably less revenue than envisaged. Prices averaged €8.05 and €5.48 per tonne in the first and second phases, respectively. Moreover, the programme has been criticised for pushing emissions allowances into a market that already is oversupplied.

Bellona welcomes the new funding and hopes that it will contribute to the impetus that CCS deployment in Europe currently needs. Following the recent third interim report of the IPCC, wherein the importance of CCS is emphasised, this seems more imperative than ever.

Read the press release of the European Investment Bank here.