Shell Canada’s Quest CO2 Capture and Storage project has reached midway point in its construction process and the facility is expected to commence operating in late 2015. 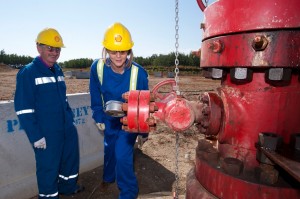 Alberta Energy Minister Diana McQueen commended Quest’s progress, noting that the project will enable them to ‘grow Alberta’s economy to be a global energy supplier, while also doing it responsibly and taking care of emissions’.

The Alberta government has to date invested EUR 100 million in CO2 capture and storage projects. Over the next 15 years, another EUR 1 billion will be invested into Quest and a separate project, the Alberta Carbon Trunk Line. The carbon trunk line is a 240-kilometre pipeline that will carry 1.8 million tonnes of CO2 each year from a bitumen refinery and a fertilizer plant in the Industrial Heartland area to Clive. There the CO2 will be commercially used at depleting oilfield, stimulating new production through enhanced oil recovery methods.

Quest will recover CO2 from a hydrogen production facility, which will subsequently be compressed, and transported in an underground pipeline to an injection site in Thorhild County, 60 kilometers north of the upgrader. The CO2 will be injected into three storage wells, each more than two kilometers underground, and trapped in porous sandstone under multiple layers of impermeable geological formations.