Vis menyen
Bellona.org > Latest News > Carbon Capture and Storage > Study on the impact of religious faith on attitudes to CCS

Study on the impact of religious faith on attitudes to CCS

A research group at the University of Sheffield has conducted a study to investigate potential differences in the pro-environmental values and beliefs of people from the UK Christian, Muslim and secular communities. An important component of the research was the investigation of how religious faith might impact upon attitudes to CCS technologies. CCS was chosen for the study due to its relevance regarding public confidence. New technologies often face public confidence hurdles and there is a pressing need to understand how these can be overcome, so that vital climate change mitigating technology can be deployed. 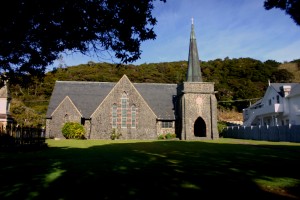 The study found that the Muslim and Christian participants’ opinions about climate change and CCS technologies were shaped by the importance of environmental stewardship and intergenerational justice. Both groups had relatively low perceptions of urgency for environmental issues, particularly climate change, due to beliefs in an afterlife and divine intervention.

Acceptance of CCS for Muslim participants was considered problematic due to teachings on stewardship, harmony values and the intrinsic value of nature. CCS was considered less problematic for Christian participants, who demonstrated anthropocentric values and evaluated environmental issues and technological solutions in relation to the extent to which they supported human welfare.

The full text of the study is available here.