Researchers at CO2CRC at the University of New South Wales in Australia prepare for a trial of new hollow fibre membranes for capturing CO2 from power stations. CO2CRC has been working on developing CO2 capture technology since 2003. 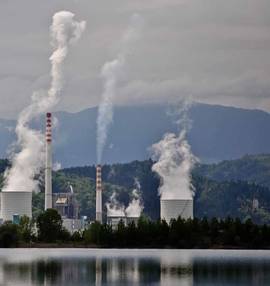 Hollow fibre membrane modules consist of hundreds of spaghetti-like tubes which maximise contact between the gas and the membrane surfaces. Flue gas passes across the outside of the tubes but only CO2 passes through to the inside, thereby being separated and captured.

A comparable process is used to purify water. A related application of this principle was recently reported by scientists at the Virginia Commonwealth Univeristy in the USA (read more here).

“The new membranes are highly selective for carbon dioxide in the lab but until we trial them with real flue gas we won’t see how well they stand up to industrial conditions”, says Professor Dianne Wiley, CO2CRC Capture Program Manager.

The equipment, comprising a custom built rig, has been installed at Delta Electricity’s Carbon Capture Research Facility at Vales Point Power Station.  The Vales Point rig is able to test three hollow fibre modules at a time, providing the flexibility to test a range of new membrane formulations.

It is hoped that a successful trial will lead to a technology bringing down the price of capture. Hollow fibre membranes have the potential to substantially reduce the energy required to capture CO2, while having a smaller environmental and physical footprint than other systems such as the use of amines.