Costain, a British engineering solutions provider reports a ‘breakthrough’ in CO2 capture technology, having developed an innovative way of separating the CO2 from gas. This could reduce the cost of capture and storage of CO2 (CCS), as well as potentially enhance CO2 utilisation. 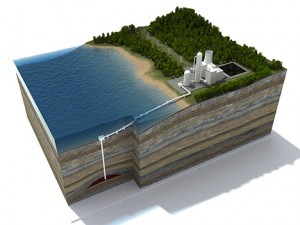 Costain has filed a UK patent application for the technology which differs from existing capture methods in its effective separation of very high levels of CO2 from associated gas.

Costain has focused their work on low temperature technology for gas separation and processing. Such methods make the gas particularly suitable for enhanced oil and gas recovery (EOR/EGR). The company reports that this is largely due to the low costs involved in the low temperature separation process, as well as the potentially smaller equipment required, thus rendering the overall costs lower and the investment in EOR more secure. Such CO2 utilisation could contribute to strengthening the CCS business case and is thereby a worthwhile factor of CCS rollout. For instance, EOR is part of the Boundary Dam CCS project of SaskPower in Canada. Read more about the Boundary Dam project here.

As Costain notes, the EOR market is well-established in North America, particularly in the United States, where the first EOR projects date back to the 1970s. While this has not yet been the case in Europe, this looks set to gradually change. In 2011 in the US 280,000 barrels of oil were extracted per day using EOR. In Europe EOR can play a role in making the most of existing oil fields and reducing the push to open new and excessively vulnerable areas, such as the Arctic, to more drilling.