The United States Department of Energy (DOE) has approved cost-sharing funding to Leucadia Energy LLC for the Lake Charles CO2 Capture and Storage (CCS) project in the state of Louisiana. The decision was published on December 30 2013, falls under the DOE’s Industrial Carbon Capture Sequestration (ICCS) Program and follows an environmental impact assessment tied to the funding. The expected lifetime of the plant is 30 years, in which time approximately 4.6 million tonnes of CO2 is to be captured. 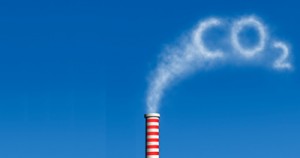 The DOE is set to contribute 192.3 million euro, following an earlier 10.22 million euro provided for preliminary design. The estimated total cost of the project is 320 million euro. The project is set to transport the CO2 via pipelines to the West Hastings oil field and use it in Enhanced Oil Recovery (EOR). A Monitoring, Verification and Accounting programme run by West Hastings is to provide accounting of the aimed 1 million tonnes of CO2 to be stored.

Site preparations at Lake Charles began in 2010 and construction of the gasification plant is expected to begin in the first quarter of this year and be completed within three years. The gasification plant uses petroleum coke as feedstock, converting it to syngas. ‘Petcoke’ is a solid by-product of oil refining, similar to coal and is therefore co-fired in power plants with coal. While not directly involving coal, the Lake Charles CCS project is considered a test for technologies that could be used to capture CO2 from coal-fired power plants. According to a Penn Energy article, other elements of the project include two Lurgi Rectisol Acid Gas Removal (AGR) units and two compressors to pressurize the CO2 for transport and storage, as well as a pipeline to carry the CO2 nearly 12 miles to connect to the existing Green Pipeline, which extends across Louisiana into Texas.