KIEV – Bellona will over the course of the coming week be presenting its investigations on Carbon Capture and Storage (CCS) options for Ukraine to governmental delegates, business leaders, non-governmental organizations and the media in country’s capitol.

Published on October 13, 2013 by Charles Digges 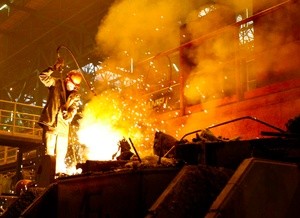 Ukraine, is a country in the middle of a turbulent transition toward developing energy sources free from Russian influence.

Bellona has identified that in order for that transition to be successful, CCS must play a critical role in the country’s energy structure, which will continue to be highly dependent of fossil fuels.

“The situation of CCS in Ukraine is characteristic of other countries where economic growth has to occur alongside global CO2 reductions,” said Keith Whiriskey, Bellona’s lead researcher on CCS issues.

The presentation of the Bellona findings will be made in cooperation with the Corporate Social Responsibility Center, Ukraine, which helped facilitate the gathering of data and the selection of a national expert group on Ukrainian energy and industry issues.

Ukraine is one of the most energy intensive countries in the world in terms of carbon producing energy sources due to a large heavy industry base, an antiquated power generation system and poor energy efficiency.

According to the International Energy Agency, Ukraine is “crippled by ageing capital stock throughout the energy supply chain.”

As Ukraine redevelops its energy structure and supply chain, CO2 emissions must also be taken into account as well as other policy goals. Among these goals are energy security and affordability.

In light of Ukraine’s reliance on coal for any hope of keeping the heat and lights on, CCS technologies are an absolute necessity if the country is to have hope of achieving its aspirations of cozying up to the EU, and reigning in its emissions.

Bellona’s investigations will spark the necessary debate among policy makers in Ukraine to put CCS on the table for broad discussion for hopeful integration into the country’s future energy policies.

At the moment, Ukraine’s energy policy remains nascent and nebulous, making Bellona’s research on CCS as it applies to the development of the Ukrainian national strategy especially timely.

During the week’s events, Bellona will be hosted by the Ukrainian Ministry of Energy and Coal Industry. Norwegian Ambassador to Ukraine, Jon Eivedal Fredriksen will be in attendance.

Bellona’s findings will also be presented at Ukraine’s Green Mind Forum, one of the country’s most significant environmental gatherings.

Bellona’s investigations have concluded that, in terms of energy consumption per unit output, Ukraine has one of the highest levels in the world at 2,369 tons of CO2 equivalent per million dollars of GDP, more than five times the EU average.

The efficient deployment of CCS in Ukraine beyond 2030 requires both human and technical building capacity now.

Bellona’s research, as presented this week, aims to provide an introduction to CCS systems.

A variety of technologies to capture CO2 from energy sources that would be suitable for Ukrainian industrial processes are available and under development.