Your ultimate tool for understanding Carbon Capture and Storage

Today, a new and improved web portal on Carbon Capture and Storage will be launched by The Bellona Foundation. The web portal is a comprehensive tool for industry stakeholders and policy makers, as well as the general public.

Published on October 24, 2011 by Marianne Alfsen 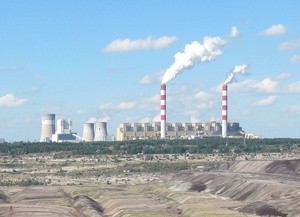 “There is no need to procrastinate. The technology is already there and its potential effect massive. CCS is an essential climate solution. No other available technology will have the equivalent impact on cutting emissions from fossil fuels,” says Gøril Tjetland, CCS adviser at The Bellona Foundation.

A pool of resources

The web portal is meant to be a resource for all stakeholders in the CCS community, for policy and decision makers, as well as students and the general public. The goal is for the web portal to contribute to the implementation of CCS on a grand, global scale.

Quality multimedia tools and interactive elements contribute to making the web based pool of resources accessible to all user groups, whether they are new to the subject of CCS or they are heavily involved in its development or implementation.

“Among the new features is an interactive map, outlining all CCS projects which have been implemented or are being planned worldwide,” says Tjetland.

In general, the new web portal is well organized and easy to navigate, and its content will be continuously updated.

“We have made the web portal more dynamic, and you will find news and publications more easily accessible on the front page” says Tjetland.

Bellona has been at the forefront of international efforts to include CCS as a major climate solution since 1996. The Foundation has been central in several forums, which have been instrumental in pushing technology development and implementation forward.

The past nine years, Bellona has for instance actively promoted CCS in the EU, through participation and leadership of the Zero Emissions Platform (ZEP) – an advisory body to the EU Commission.

“We have, among other things, contributed to the EU Directive on geological storage of CO2 and are establishing CCS roadmaps in selected EU Member States as we speak” says Gøril. Last month, Bellona published the latest CCS road map for Poland.

I 2009, the Bellona Environmental CCS Team (BEST), was launched. A cooperative body working to increase knowledge on CCS amongst decision makers within politics and industries, as well as promoting the development and implementation of CCS technologies.

“The web portal is an important platform for communicating their efforts,” says Tjetland.