BRUSSELS – Micronesia, a Pacific island state, has challenged a Czech coal-fired power plant extension over 6,000 km away on the grounds that it could harm its environment. This could open a new legal front in the fight over global climate change.

Published on January 17, 2010 by Veronica Webster 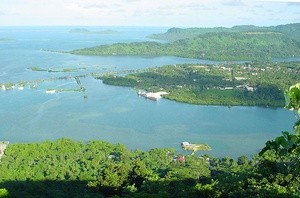 The case has the potential to set a new precedent in international law as countries more exposed to climate change begin to seek redress in international forums, and unilateral nation energy decisions can be challenged from across the globe.

The Federated States of Micronesia is a small island state in the Pacific Ocean composed of 607 islands, of which 65 are populated and most of which are low lying atolls. As a result, it is a country deeply exposed to various effects of global climate change including rapid sea level rises, freak weather events or acute water insecurity. The Federated States of Micronesia lay to the west of the Marshall Islands and east of the Philippines. 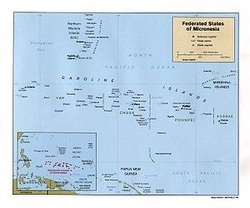 The commissioning or retrofit of any large coal power plant could play a relevant role in the destruction of the entire environment of our state.”

A spokeswoman for the Czech environment ministry said it received the request late into the assessment process but would take into account Micronesia’s concerns.

The outcome of the challenge posed by Micronesia to CEZ and the Czech authorities remains to be seen, however, and perhaps more importantly, what has been made clear is that decisions made unilaterally by one nation that contribute to a rise in global CO2 emission levels may be increasingly influenced by other countries.

According to UNEP, Pacific island states have contributed just 0.06 per cent to global GHG emissions, yet are experiencing the effects of climate change faster than most other nations in the world.

Legal tools such as the Transboundary EIA could be used by developing nations and environmental advocates to make polluters accountable, in an effort to mitigate the current and future impact of climate change.