BRUSSELS – The Bellona Foundation congratulates the European Parliament’s environment committee with its massive endorsement of an EU-level funding mechanism for the first large-scale power plants to capture and store their CO2, a process called CO2 capture and storage, or CCS.

“This vote is crucial in reducing emissions from large emission points such as coal-fired power plants,” said Eivind Hoff of Bellona Europa.

“The European Parliament vote today is a first sign that the EU is willing to put its money where its mouth is and get started with this technology.” 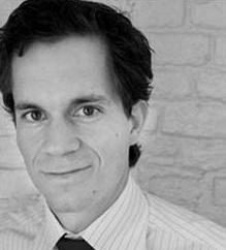 At first, a compromise version of the funding mechanism was narrowly defeated by the committee in a rare 33-33 vote, due to one abstention. It was expected that the original version of the amendment would later be defeated as well.

Instead, against all customs of European Parliament voting, Chris Davies stood up and told his fellow MEPs that this was the last chance for the committee to take responsibility for getting CCS off the ground. The funding mechanism was supported by a vast majority in a show-of-hands vote.

12 demonstration plants
The EU heads of state and government committed themselves in March 2007 to the construction of 10-12 full-scale CCS demonstration plants by 2015. Yet, no investment decisions have been made, as neither industry nor individual EU Member States have volunteered to pay the bill.

The funding mechanism sets aside 500 million EU emission allowances under its emissions trading scheme (ETS) – about 3 percent of all allowances in the period from 2013 to 2020. These will be given to fund at least 12 large-scale CCS plants.

“In general, polluters should pay for CCS themselves if they want to continue burning coal and gas. This can be done by simply putting a ceiling on how much CO2 is allowed to be emitted per kWh of electricity power plants generate,” Hoff said.

The environment committee will vote this afternoon on this proposal to ban high CO2-emitting power plants, as part of the proposed directive on geological storage of CO2. Bellona will revert to this issue immediately after the vote.