The European Free Trade Association’s Surveillance Authority yesterday gave the long awaited go ahead to pump state aid into the creation of a carbon capture pilot project at the Mongstad industrial complex on Norway’s western coast.

It is hoped that the decision will smooth the way when the EFTA Surveillance Authority (ESA) considers a similar project at Kårstø in Southwestern Norway, said Paal Frisvold of Bellona Europa in Brussels.

The ESA’s decision allows for up to an 80 percent government subsidy to help facilitate the Mongstad CCS pilot centre. The test centre itself is projected to capture 100,000 tons of CO2.

Yet the captured CO2 will later be released into the atmosphere as the Norwegian government says that storing the greenhouse gas is presently too costly.

The objective of the test centre, therefore, is for research and development of new carbon capture technology. Full-scale carbon capture and storage (CCS) will not be implemented before 2014, five years after the slated start-up date of the gas-fired power plant – which will allow for annual CO2 emissions of some 900 000 tons.

“Bellona had expected this decision. We’re glad that the ESA has taken the political signals from the European Commission into consideration,” said Frisvold. 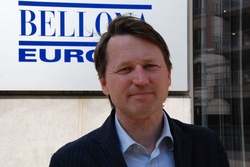 Subsidies not to skew competition
The decision to allow Norwegian state subsides for the CCS pilot centre is an acknowledgment that aid is necessary to complete the project. But the decision is also careful note that this will not distort technological competition in Norway’s favour – the test centre will promote research and development on carbon capture, which will benefit the whole of Europe.

“The ESA’s decision sends a clear and important signal to EU member countries that not only is state aid for projects like this legal, it’s welcomed,” said Frisvold.

Precedence
Bellona expects that the ESA will use the same arguments for approval of Norwegian state aid toward a full-scale CCS project at the Kårstø gas-fired power plant. Full-scale CCS will be in place, in the best-case scenario, at the end of 2011 at the Kårstø plant, which is already in operation.

The Kårstø CCS project will give important industrial and technological experience even sooner than the Mongstad project, and it will employ another kind of technology. Bellona is aware that the ESA is more negatively inclined toward the Kårstø-project than it is toward the test centre at Mongstad.

“Bellona will not accept a negative decision for the Kårstø project, and will consider taking the ESA to the EFTA tribunal if that is the case,” said Frisvold.