Vis menyen
Bellona.org > Latest News > Carbon Capture and Storage > World’s richest must unite in a climate-rescue coalition – and the time to act is now

The world needs its richest countries to form a coalition that would step forward and take responsibility for the well-being of the global environment – and Norway absolutely must be part of such efforts, argue Bellona’s leader Frederic Hauge, Norway’s former Prime Minister Kjell Magne Bondevik and Christian Berg, CEO of the Norwegian electricity and security group Hafslund ASA, in a June 4th op-ed piece in the leading Norwegian newspaper Aftenposten

Published on June 9, 2008 by Bellona, translated by Maria Kaminskaya 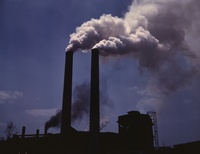 This call to action, issued to the world’s most prosperous countries by three of Norway’s most influential people, came during the Climate Conference 08 (CC8), an international meeting hosted by Norway in the town of Sarpsborg that brought together some 100 politicians, academicians, non-commercial organisation leaders, and business tycoons from across the globe.

The conference was organised by Bellona, Hafslund, and the Club de Madrid, an independent democratic organization comprising former heads of state, of which Bondevik is a member.

The important goal set by the conference organizers was to give a much-needed jump-start to the worldwide discussion of the ongoing climate crisis and help forge a new global agreement on tackling these issues before the world’s governments and officials gather for the next United Nations Climate Change Conference in Copenhagen in December 2009. The hope is that in Copenhagen, the envoys of over 160 participating nations will have achieved something they failed to do in Japan’s Kyoto in 1997 – a consolidated, ambitious push to curb the increasing threat of gas emissions, the industrialised countries’ “contribution” to global warming.

Nations are too slow to rise to the challenge
At the UN Climate Summit in Bali last December, the world seemed to agree that a roadmap was needed to develop a new, more efficient global deal to handle greenhouse gas emissions. However, most participants chose to pledge as little dedication as possible, and many attempted to straight-jacket the efforts to come up with clear conclusions to present to the UN climate panel.

Since the Bali meeting, the participants of the global climate change debate have been able to find a common ground and work out an agenda for 2008. Still, there is little evidence to suggest that the progress of these efforts has even come close to matching the seriousness of the challenge that global warming poses.

The big problem of the big words
The risk is that the only thing we will achieve next year in Copenhagen will be another Kyoto failure, say Hauge, Bondevik, and Berg in their statement in Aftenposten. This cannot be another piece of rhetoric that simply gives an impression of aiming to reduce greenhouse gas emissions while containing so many loopholes that not even by a long shot does it provide any viable solution to the dilemma the world is facing. To stand a reasonable chance of preventing further rises in global temperature at a yearly rate of more than two degrees on average, we must cut global emissions by at least 85 percent by 2050.

”In order to ensure that climate policy stops being ‘all talk and no action,’ we need to build alliances in each and every country that would mount pressure on their governments to commit to ambitious (emission reduction) goals,” the three climate advocates wrote. “This pressure has to be so strong that each and every country would be willing to do it alone, if need be, without waiting for global consensus.”

The lessons of the ozone layer debate
One of the all too few shining examples of an actually functioning international environmental agreement is the Montreal Protocol, a 1989 international treaty designed to protect the ozone layer by phasing out the production of gases believed to be responsible for ozone depletion. This treaty led to a fast phase-out of such substances across most industries where they were used in developed nations and the same drive is now in full swing in third-world countries.

The background behind the Montreal Protocol is not unlike the global climate change debate that the international community is engaged in now. The 1970s were, in fact, marked by a far more intense controversy as debates were raging regarding the suggested connection between chlorofluorocarbons (CFCs) – the gaseous compounds of carbon, hydrogen, chlorine, and fluorine, used as refrigerants and aerosol propellants – and ozone depletion than the past several years that have introduced the heated discussion on whether climate change is a man-made phenomenon.

At first, there was just a small group of like-minded nations, including Norway, Sweden, and the United States, that came to an informal agreement to outlaw CFC gas production. This ban resulted in a wave of innovations sweeping through the chemical industry and, as a result, the introduction of new, ozone-friendly gases. The change compelled more sceptical world players such as Japan, the then-Soviet Union, and a number of European countries, to acknowledge that phasing CFCs out was, in fact, a very feasible prospect.

Those within the chemical industry that had come up with new gas compounds to replace the dangerous CFCs were able to grasp some very sizable market opportunities coming their way as CFC production was becoming a fast-forgotten past. With that came a stronger cooperation between businesses, environmentalists, researchers, and politicians.

A global turnaround is called for 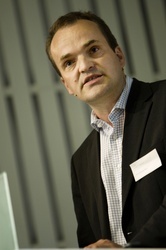 Climate change, however, is a predicament of far more ominous dimensions and which is moored, to a large degree, in the very foundations of future development. Humankind has multiplied manifold since the beginning of the Industrial Revolution, and we now live, on average, longer and more comfortable lives than any of our predecessors had. This has become possible thanks to an enormous increase in energy use.

The problem, however, is that 80 percent of energy people around the world are using comes from fossil fuels, which, when burning, produce greenhouse gases. We are now left with a narrow window of just a few years of the next decade to turn our whole energy consumption system around and create a community that would function on a principally new foundation – the use of renewable energy sources. And this will have to be done at the same time as the human population is expected to grow by three more billion by 2050 and as the world’s poor countries will be seen increasing their energy consumption as well.

The power of example
As they summon global leaders to start acting as a united front, Hauge, Bondevik, and Berg point out that today calls for nothing less than a global, environment-oriented economical and technological revolution. Such a profound transformation cannot be built on the premise that the richest nations of the world simply continue to buy emission credits from poor nations in what has become a carbon trading practice introduced by the Kyoto Protocol, said Hauge, Bondevik, and Berg in their Aftenposten op-ed piece.

“We cannot think of these credits as some kind of a currency with which to buy ourselves a clean environmental conscience. What we must do, rather, is take more responsibility and commit ourselves to giving the world environment-friendly technologies,” they said.

“If we are to expect the developing nations and the fledgling economies of Asia, Latin America, and Africa to get on board with the efforts of committing to international environmental obligations, they also have to be able to see that their rich counterparts are capable of reducing their gas emissions without cutting down on their standard of living,” the authors continued.

The world’s richest lands have to step forward and lead the way to an emission-free future – very simply because they have the moral imperative to do so. If the “seasoned” polluters – the countries with the longest historical record of environmental offences – cannot clean up themselves, how can the fresh and relatively minor polluters be expected to do anything on their own initiative? The wealthiest countries must also show that people can still live a good life even as they give up an economy based on high fossil-fuel consumption.

Norway stands out as one of the richest nations that absolutely must be part of just such an international climate-rescue coalition, a group destined to lead the cleaning efforts, said Hauge, Bondevik, and Berg. One reason is that Norway has accumulated its wealth through supplying the world with oil and gas – and another is that to cope with the consequences, it also has plenty of opportunities to contribute with good solutions.

Norway in 2050
Norway and its future partners in the climate coalition must make sure that the climate-friendly technologies available today can be used on a broader scale and at the same time, help steadily develop and improve new technologies to be yet introduced throughout the world, said Hauge, Bondevik, and Berg in Attenposten.

The CC8 conference has highlighted just the issue of how this can be achieved. Technology and finance were the central issues discussed by the key representatives of business circles, politics, science, and public organisations who came to the Sarpsborg meeting from both industrialized and developing nations.

“We hope that the CC8 conference will become a constructive and positive contribution to the international combat against climate change,” the op-ed further read. “In Norway, particularly, we hope that all those with influence on the future decision- and policy-making, however big or small, will join us and assume their part of the responsibility for the revolution that needs to take place. We have to install laws and rules that will make environment-friendly practices economically profitable, and we have to give those who have the power to reverse global climate change the courage to commit themselves to the ambitious goals of doing so.”

By the time 2050 draws nearer, Norway has to be close to having completely eradicated its greenhouse gas emissions, the authors conclude, adding: “One day we need to be able to look back and see that 42 years ago, we Norwegians took responsibility and stepped forward at a time when it mattered most.”