Efforts to stimulate the development of safe carbon capture and storage (CCS) in developing countries are being thwarted by Brazil.

Published on December 7, 2007 by Eivind Hoff 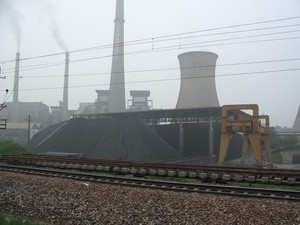 Under the Kyoto protocol, a global market for so-called “certified emission reduction” (CER) units was established to encourage rich countries to finance emission reductions in developing countries – the so-called “Clean Development Mechanism” (CDM). Steps in Bali to elaborate criteria for making safe carbon capture and storage (CCS) projects eligible for the CDM are now being blocked most prominently by Brazil.

The Parties to the UN Framework Convention on Climate Change have agreed to discuss whether and how CCS could be eligible under the CDM. Brazil has consistently opposed this. Australia proposed yesterday to start the discussion by putting together a list of criteria that countries thought CCS would need to fulfil if it were to qualify as CCS. Brazil opposed even such a substantive discussion. Instead, Brazil interprets the UNFCCC and the Kyoto protocol’s article on the CDM to exclude upfront that emissions prevented through CCS would be eligible. This is being disputed by other delegations. Officials told Bellona Web that they suspected Brazil simply wanted to use the discussion about CCS under CDM as an item to use in later horse-trading in the overall negotiations about the post-2012 climate regime

CCS crucial in developing countries
“CCS is key to mitigating climate change notably because coal is the only available and abundant energy source for many emerging economies, such as China and India. But, as any new technology, CCS is expensive. So it is crucial that the world community does everything it can to provide funding for CCS projects in these countries. A simple and important step would be to define criteria for when it would be eligible under the CDM, says Frederic Hauge,” president of the Bellona Foundation.
“Brazil is in many respects playing a constructive role in international climate negotiations, and it would be highly disappointing if it were to hold up these talks just to keep it as a negotiating card for later in the game,” he adds.

Many developing countries remain sceptical to the eligibility of CCS under the CDM due to uncertainty notably about leakage. Information by the Norwegian delegation about the 10-year old successful CCS project at Utsira was welcomed as useful input in this respect. Norway and other oil-producing nations, led by Canada, underlined that all they were suggesting was to agree to a process that would establish criteria for meeting the various concerns about CCS.