No factor can have such huge significance for war and peace as climate change. Bellona therefore asserts that the Nobel Prize Committee has made a splendid choice in giving the Nobel Peace Prize to the United Nations Climate Panel and to former American Vice President, turned powerful environmental activist, Al Gore.

Published on October 14, 2007 by Frederic Hauge, translated by Charles Digges 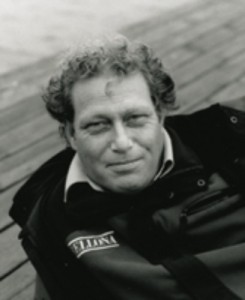 The UN Climate Panel earned the prize for its extremely thorough documentation of climate change, and Gore earned it for his remarkable power to spread the message. This year’s prize is an award to both science and communication. And the Nobel committee deserves praise for seeing the connection between climate change and conflict.

From our vantage point in 2007, I can see no other factor that can lead to more famine, instability, war and conflict than global warming. Big changes in the climate influence among, other things, food and water distribution and have far larger economic consequences.

The climate and conflict
There are already more people fleeing the consequences of climate change than the consequences of war – and such a huge migration of people can lead to conflicts. It is therefore a little surprising to read in Norwegian daily Dagbladet that International Peace Research Institute Director Stein Tønnesson is doubtful that the Peace Prize had relevance to climate change. “We don’t know that climate change will lead to war,” he told the paper.

The otherwise very rational Tønnesson has gone a little askew, as it is rather unique to believe, for instance, that the conflict raging in Darfur has nothing to do with climate change. As the Norwegian Institute of International Affairs’ Jan Egeland has said after visiting Darfur many times, drought has had clear consequences contributing to the on-going bloodshed. Maybe it is time for peace researchers to widen their perspectives.

It is in my opinion a total mistake to say that the concept of peace has not been magnified with this year’s granting of the prize to the UN Climate Panel and Gore. Issues tied to energy use, global warming and security are tightly knit. Bellona therefore gives its full support to the Nobel Committee’s leader Ole Danbolt Mjøs, who earlier said that the UN Climate Panel and Al Gore contribute to reducing security threats. Rarely has the Nobel Peace Prize been so relevant to peace and stability around the world.

Al Gore spoke up early
Gore was the first US Senator to speak of the greenhouse effect during a hearing in the late 1970s. I remember him well from the top-level environmental meeting in Rio in 1992 where he played an important roll. Gore also had huge significance during Kyoto Protocol debates in his country. Unfortunately, his successor didn’t follow through. Gore can now be confident that the rest of the world has turned an open eye to his message.

Bellona has also followed the work of the UN Climate Panel closely the whole way. We have used the panel’s report as a foundation for much of our work, and we have contributed with input to the panel on carbon dioxide capture and storage.

Important reports
The latest reports from the UN’s Climate Panel that have come out this year have been immensely dramatic. The year’s first report from the panel told of the magnitude of climate change and established beyond doubt that the global warming we are witnessing is man made. The next report discussed the consequences this will have for world society. The third report stands as a watershed in the debate because it spoke of the possibilities we have to do something – what weapons we have in the climate struggle.

For Bellona, it is important to spread the news that there is hope, even thought the climate crisis is acute. Now, as we see how much of the North Pole melted in the summer, and we as consistently receive reports about how the changes we see should come within the next few dozen year, there is every reason to be worried. But there are solutions.

Bellona works actively to promote three solutions that are all necessary: enhanced energy efficiency, more renewable energy, and wide deployment of carbon capture and storage. We also see that cultivating more biomass to achieve a large uptake of carbon dioxide is a very important weapon. These are solutions the UN Climate Panel is also emphasise.

New report
The Climate Panel will be publishing its fourth report in November, a summarizing report that will become the lynchpin in the climate debate. We already know that the report will contain updated findings that will be dramatic, and that it will say that the carbon dioxide content in the atmosphere is much higher than was expected even a short time ago. The report comes right on the eve of the UN’s climate conference in Bali, Indonesia, and will put extreme pressure on the politicians who gather there. For The Bali conference is important for Bellona, because now it is clear that we have a relatively new weapon in the climate battle, namely CO2 capture and storage (also called CCS or carbon sequestration).

Carbon can be cut by a third
Bellona’s Dr. Aage Stangeland has recently published a study in the International Journal of Greenhouse Gas Control, which shows that one third of global CO2 emissions can be cut by 2050 with the help of carbon sequestration. Within the European Union the possibility is even greater: as much as half of the emissions can be done away with by employing carbon capture technology at the largest emissions sources – coal-fired power plants, and the steel and cement industries. We have more than enough safe points of sequestration. Carbon dioxide can go back to where it came from – empty oil and gas reservoirs, or into existing geologic repositories.

The day’s winners of the Nobel Peace Prize have already stood up to make the climate crisis known, and the prize will give the matter even more attention. I imagine a number of commentators in the United States will stop trying to make a fool of Gore, and I imagine many will stop grousing about the UN Climate Panel’s reports. Now the debate over whether climate change is real and man made is over. Now it is up to us to create solutions. We have very little time. And he Nobel committee has understood this.

I hope that the UN’s climate forum in 2008 will stand as a historic meeting where world leaders understand the seriousness and take responsibility for the earth’s future.

Frederic Hauge is the president of Bellona. This comment also appeared in the Norway’s daily Dagbladet.