It may look more like a spaceship that landed on a movie screen over the summer. But Russia’s Snowflake International Arctic station, an autonomous experimental facility powered entirely by hydrogen and renewables, will arrive in 2023, in the less summery climbs above the Arctic circle.

Published on November 3, 2020 by Charles Digges 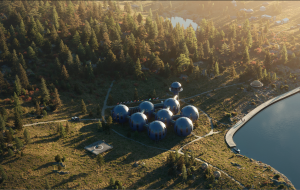 An artists rendition of the future Snowflake station. Credit: arctic-mipt.com

It may look more like a spaceship that landed on a movie screen over the summer. But Russia’s Snowflake International Arctic station, an autonomous experimental facility powered entirely by hydrogen and renewables, will arrive in 2023, in the less summery climbs above the Arctic circle.

When it sets down, however, it could usher in a revolution in how some of the world’s coldest and most remote locations are powered.

Bellona, which has long supported the development of emissions-free power sources for remote corners of the Russian High North, is a partner on the project.

The Snowflake station’s futuristic labs – which its developers liken to the International Space Station – will be located in the foothills of the Polar Urals on the land of the indigenous Nenets people. The station’s spherical modules will provide the amenities of a modern research center – laboratories, offices, spaces for teleconferences and onsite seminars – while its operations will be powered solely by renewable energy sources and hydrogen fuel. 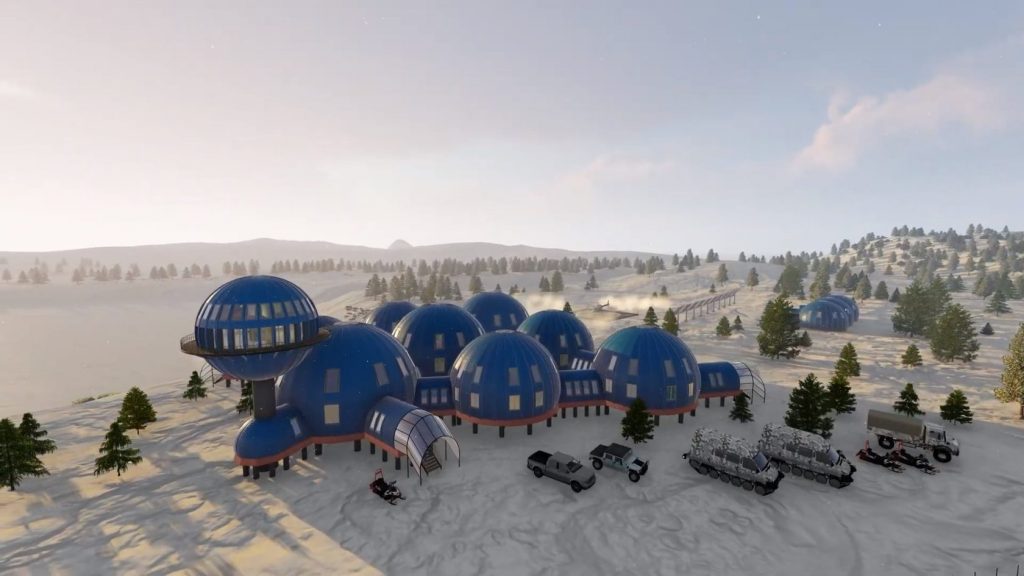 An artists rendition of the future Snowflake station. Credit: arctic-mipt.com

More generally, the site – which is located hours away from the nearest city across a rugged and snowy landscape – will become a staging ground where engineers, researchers, scientists and students from all over the world can work on sustainable solutions for continued life and work in the Arctic.

The timing couldn’t be better. In numerous bold decrees over the past several years, the Kremlin has sought to make the Polar region the center of its economic strategy. Fully one tenth of Russia’s current investments are tied up in Arctic infrastructure, Russian President Vladimir Putin said last year.

But this flurry of activity is increasingly being impacted by the effects of climate change. Polar temperatures are rising 2.5 times faster than anywhere else in the world, and this year, ice cover in the Arctic fell to its second lowest level ever recorded.

Meanwhile, freak heatwaves across the region last summer saw one northern Siberian town post the highest ever temperature observed in the Arctic last June – 38 Celsius. AS the mercury climbs, the permafrost that cloaks the region thaws, bringing with it flooded pastures, twisted roads, destabilzed buildings and eroded riverbanks.

The thawing permafrost has global consequences because it results in the release of greenhouse gases from the decomposition of organic material that had long been frozen. A group of scientists convened by the United Nations said last year that the process could unleash as much as 240 billion tons of carbon by 2100, potentially accelerating climate change.

But scaling back on fossil fuels to avert the worst consequences of global warming can be a hard sell in the more remote regions of the High North. Thousands of villages and settlements have traditionally relied on diesel fuel trucked in from more populous regions to weather the dark winter months – which in the area lasts for about six months.

But the Snowflake International Arctic station, running on locally produced hydrogen and wind power provided by specially designed turbines, will be a step toward shifting that paradigm.

“Our main objective is to identify and develop best practices and best available technologies for a carbon-free energy supply for settlements and industrial facilities in the Arctic region,” says Yury Vasiliev, Executive Director of the Institute of Arctic Technologies at the Moscow Institute of Physics and Technology.

In that way, says Vasiliev, the station will provide a hands-on Arctic testing ground for phasing out emissions-intensive local fuels like diesel and heavy fuel oils and transitioning to hydrogen-based power. The main objective, therefore, is to identify and develop best practices and best available technologies for a carbon-free energy supply for settlements and industrial facilities in the Arctic region.

“The goal is not only to build a station powered by renewable energy and hydrogen, but accelerate the introduction of new technologies in the Arctic that will be beneficial for the people living in the region,” Vasiliev says.

Aside from the technology, the force behind this change will be the station’s international nature, says Oskar Njaa of Bellona.

“One of the station’s strengths is that it will inspire international cooperation across borders on all the important questions facing the Arctic environment,” says Njaa. “We’ve been interested in emissions-free energy sources for Arctic settlements for a long time, and the Snowflake station will give experts a place to tailor these solutions to local demands.”

According to Sigurd Enge, Bellona’s project manager for Arctic shipping: “An emission-free energy carrier like hydrogen is exactly what the Arctic needs.”