Household garbage, coal dust, the pollution floating in the waters of Kola Bay and smogs of industrial emissions — these are just a few of the foul things weighing on the minds of Murmansk children as Bellona brought ecology lessons to local schoolrooms. 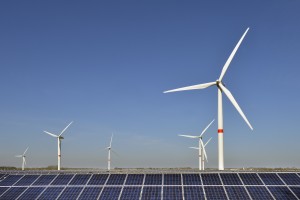 Household garbage, coal dust, the pollution floating in the waters of Kola Bay and smogs of industrial emissions — these are just a few of the foul things weighing on the minds of Murmansk children as Bellona brought ecology lessons to local schoolrooms.

The lessons on the environment have made their way to local schools thanks to the support of Murmansk’s Agency for Energy Efficiency, as well as the city’s education committee as part of the annual Together Brighter energy efficiency festival.

The classes are giving students an opportunity to polish their language skills as well. Teacher Taina Peltonen, a graduate student from the University of Tampere who had been interning with Bellona’s Murmansk offices, leads the discussions in English.

“I wanted to show that we live in a single ecosystem, in which everything is interconnected,” she says. “And if there is an environmental problem somewhere, then its consequences will affect the entire planet, especially if we are talking about climate change – this will affect all aspects of our life.”

Peltonen is seven lessons into a list of 10 that she is brining to seventh, eighth, ninth and tenth graders. Her subjects include huge environmental issues like climate change and its consequences, how to deal with plastic waste, and how to world economies can transition to more ecological footing.

They’re subject that the students themselves have a lot of ideas about. They have been particularly interested in coming up with their own solutions to these issues and examining what they can do in their day to day lives to lessen their own contributions to the accumulation of plastic waste or to reduce their carbon footprints for the sake of the climate. 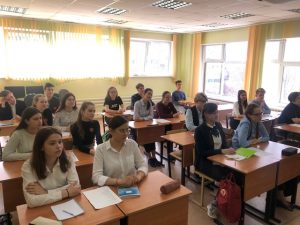 “It was a very useful exercise,” says 16-year-old Alena Gorzhiy. “We have learned a lot even in terms of terminology, for example, about the difference between global warming and climate change. We all know that the problem exists, but we didn’t even imagine how serious it is, ”

When considering the problem of plastic waste, for instance, the students quickly suggested they could do without balloons to mark graduations, plastic toys and plastic cutlery and plates at school picnics. They also planned to urge local stores to cut back on plastic packaging and to abandon plastic bags — or at the very least to reuse them.

All in all, the students wanted to emphasize that, despite Moscow’s neglect of environmental issues, there are people in Russia who are interesting in solving them — particularly the younger generation.

And the school kids in Murmansk want to take serious steps to help adults get with the program. They said they are ready to sort out garbage for recyclables and deposit them in separate containers, and haul the plastic and glass to places where they can be redeemed and reused.

They’re willing to go further. When asked what they would do were they mayors or regional governors, the school kids said they would embark on some ambitious programs.

“We need to solve the problem of sorting and recycling waste in our area,” says high school student Arina Gunko. “Such a system exists in different regions. But we can fully use the best practices of European countries. ”

The students are also worried about the problem of garbage and litter in their city. They would not just impose serious fines for the fact that dog owners do not clean up after their pets, but would increase the number of street cleaners and trash collectors on the city payroll — and give them raises.

They also want the Murmansk Commercial Port to finally tackle the problem of coal dust wafting into he city from its wharfs, as well as for the Kola Mining and Metallurgy Company to reel in its emissions of sulfur dioxide for good.

“The level the kids’ interest and the level of the questions they ask suggests that difficult questions are interesting and important for the younger generation,” says Yury Sergeyev, a program coordinator with Bellona’s Murmansk office. “Most importantly, it shows they are interested in finding solutions. And these school kids are ready to talk about it not only in Russian, but also in English. Bellona is happy to help them along.”