March 2007 marks the beginning of the third International Polar Year (IPY). The Bellona Foundation wants to use this event to direct the public’s attention toward the Arctic region and its global environmental importance.

Published on March 1, 2007 by Maria Fossheim 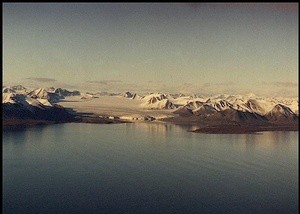 Bellona has worked on environmental issues related to the Arctic and the Polar regions for more than 15 years. Bellona’s present work in the Arctic focuses on a multitude of environmental changes produced by human activities—most importantly through climate change brought on by pollution, industrial fishing, the introduction of foreign species, nuclear waste and petroleum activity.

What is the IPY?

“The International Polar Year is a large scientific programme focused on the Arctic and the Antarctic from March 2007 to March 2009. The IPY (…) will involve over 200 projects and the participation of thousands of scientists from over 60 nations examining a wide range of physical, biological and social research topics.”

“Norway will play a prominent role during the International Polar Year 2007-2008, not least by virtue of its dynamic research communities linked to an extensive international network, as well as its excellent facilities and logistical support in both the Arctic and Antarctic. By allocating NOK 330 million over four years, Norway is also one of the largest financial contributors to the initiative.”

Climate change, which is the main IPY research focus in Norway, is probably the process that will cause the single greatest impact in the Arctic over the next years. Bellona wants to contribute to an increased awareness on climate change and other environmental issues in the Arctic. We believe that increased public knowledge will lead to an improved understanding and stronger support of our work to protect these vulnerable areas. Through our work on the management plan for the Lofoten and Barents Sea areas, we have also started to look at the synergetic effects of many environmental changes. Increased petroleum activity in the Barents Sea, for example, should not be considered only from the point of view of how much pollution it will generate, but also by how much extra pollution it will generate in combination with other sources affecting the area.

To maintain the Arctic ecosystem it will be necessary to prevent further climate change effects and make the Arctic less vulnerable to the impact of coming climate change. Prevention of climate change can only be reached by global cuts in greenhouse gas emissions. People’s general awareness of climate change, however, can be addressed through an increased focus on the climate change effects in the Arctic region due to its “canary in a coal mine” status, meaning that the Arctic is vulnerable and therefore a good indicator of the world’s environmental status. To make the Arctic less vulnerable to climate change, the resilience—or buffer capacity—of the Arctic ecosystem has to be retained by decreasing the synergetic effects of human threats in the area, such as: reducing pollution in the area as well as transportation of pollution to the area; reducing over-fishing by legal and illegal industrial fishing enterprises; preventing the introduction of foreign species; and reducing effects of introducing foreign species, removing sources of nuclear waste and dealing with petroleum activity by making it less harmful to the environment or preventing it altogether.