The reputable US periodical Science published last week a jolting study about environmentally poisonous concentrations PBC, dioxin, deltrin and toxafen that a new US study found present in both breeded and wild salmon. The study concluded that human consumption of all salmon— breeded salmon in particular—must be considerably reduced. 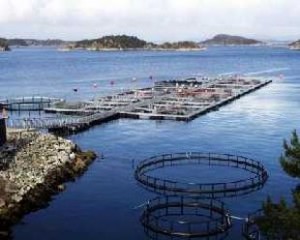 But controversy was provoked among fishing experts and scientists over the supposedly cancer causing levels published in Sceince study—which, by and large, coincide with the figures determined to be safe by Norways National Institute for Nutrition and Seafood Research. Norway is one of the worlds biggest salmon providers.

The scientists behind the American study based their study on animal testing, which show that high levels of environmental toxins have upped the risk of contracting cancer through meat and seafood. Subsequently, the American research group used very low toxin limits, established by the US Environmental Protection Agency, or EPA, as the baseline for the study, resulting in the shocking conclusions about salmon and cancer.

The fly in the ointment of the American studys results, say many scientists, is that EPA limits are not a world standard, or even a US standard, for measuring food toxicity. The US Food and Drug Administration, or FDA, sets toxin limits and their limits correspond to those imposed by government agencies like the European Union, the World Health Organization, Norways Nutrition and Seafood Research Infrastructure, and numerous others.

Appling such toxin limits as applied by the American study, said opponents of its findings, said that other fatty wild fish, like herring and mackerel should probably be scratched off menus as well.

Zero Risk
There is widespread consensus among research groups that the extremely low levels of toxicity employed among the fish by the American study mean basically that there is a zero risk of getting cancer from salmon, Jan Alexander, Director of nutrient toxicology at the National Health Institute, told Bellona Web in an interview. There is no cancer causing risk, he said, until the ingestion of toxins reaches certain, significantly high levels.

The American data presented in Science magazine suggest that people should severely restrict salmon in their diets. Those species of salmon that are fished and eaten all year round—like the king salmon found southeast of Alaska—should only be eaten once a month, wrote David Carpenter, one of the American scientists behind the study suggested.

Norwegian monitoring and control of seafood toxins
In Norway, concentrations of environmental poisons are monitored by the National Institute for Nutrition and Seafood Research through an annual testing programme. The institute sets its limits for high toxicity values based on those established by the EU, the United Nations CODEX programme and limits set by other countries in order to maintain a healthy mean.

Environmental toxins collecting in marine fat
Environmental toxins concentrate in the marine food chain primarily in the body fat of fish. Farmed, or bred, salmon are susceptible to accumulating large amounts of toxins if their feed comes from polluted sea territories. In order to reduce toxicity in feed, the raw material of feed coming from such polluted sites should be halted. Alternatively, raw material for feed coming from waters surrounding South America, whose countries produce the lions share of the worlds fish oil and fish meal stocks.

But fish stocks used for fish oil and fish mean are overtaxed. As a result, the fish farming industry has been forced to find replacements for marine fat for feed. Increasingly, this is accomplished by substituting vegetable oils like rapeseed oil. This will contribute, in time, to a significant reduction of various environmental toxins in fish feed and the bred fish that consume it.