Bellona Europa, together with 53 NGOs, signed a statement calling on EU policy makers to agree to more ambitious car and van CO2 targets for the environment, consumers and Europe’s energy independence. 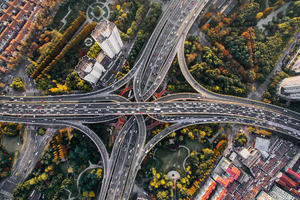 Bellona Europa, together with 53 NGOs, signed a statement calling on EU policy makers to agree to more ambitious car and van CO2 targets for the environment, consumers and Europe’s energy independence.

In the letter we called on EU policy maker to:

1. Support an EU-wide phase-out date for sales of new internal combustion engine passenger cars and vans (including plug-in hybrids) by setting a 100% CO2 reduction target as close to 2030 as possible but no later than 2035 for all EU countries. This will enable all cars and vans on the road to be zero emission by 2050 – the bare minimum for Europe to be on track to meet its climate neutrality obligations by that date.

2. Put in place much more ambitious short and mid-term CO2 targets to ensure carmakers deliver on their EV promises and enable member states to reach their proposed national climate goals by 2030. Leaving the current proposed targets as they are until 2030 means passenger car transport will make virtually no contribution to the EU’s overall 2030 climate target of -55% GHG emissions – forcing other sectors to achieve significantly larger emission cuts. Continued scale up of EVs during the 2020s will also promote a thriving second-hand market. To this end, policy-makers should introduce significantly higher CO2 reduction targets in both 2025 and 2030, with an additional interim target of at least 45% in 2027, putting carmakers on a clear path to zero emissions.

3. Reject fake solutions being pushed by the oil and gas industry that would allow carmakers to buy fuel credits to comply with their CO2 targets. Producing synthetic petrol & diesel is far less efficient than using electricity to power electric vehicles and supplying just 10% of new cars with e-fuels instead of electrifying them will require 23% more renewable electricity generation in Europe. Pushing expensive e-fuels in cars will also just push up costs for drivers – with analysis finding that running a car on e-fuels over five years will cost a driver €10,000 more than running a battery electric car. As drafted, the proposed amendment also risks boosting unsustainable biofuels – in particular crop-based fuels which, unlike e-fuels, are cheap and available today. The limited amounts of synthetic fuels should instead be prioritised for planes and ships, which today burn fossil fuels and do not have a technology alternative. Finally, mixing fuels into legislation regulating engines will lead to an unenforceable law – it will simply not be feasible to monitor what drivers put in their cars over the lifetime of an e-fuel credited car, creating a significant loophole in the regulation.

4. Stop giving carmakers credits for cars they have to produce anyway and remove the zero- and low-emission vehicle (ZLEV) benchmark as of 2025. Under the ZLEV crediting system, which is currently set to apply from 2025, carmakers’ emission targets are relaxed if their share of zero- and low-emission vehicle sales exceeds the voluntary 15% benchmark. Carmakers already need to sell EVs to meet their targets anyway and if the benchmark system is maintained, car makers can use these credits to water down the already weak CO2 target by a further 5%. The current 2025 CO2 target of 15% is so weak that it already requires almost no additional effort by carmakers from where they are today until 2029. The ZLEV bonus therefore significantly weakens the CO2 standards, giving manufacturers a free license to sell additional high-emitting vehicles.

5. End the free CO2 pass for heavier cars by removing the mass adjustment factor. Under the current regulation, carmakers that sell heavier premium cars (and the wealthier drivers who can afford to buy them) are allowed to emit more CO2, via the so-called mass-adjustment of carmaker CO2 targets. This loophole is not justifiable on climate, social justice, or technological grounds and is one of the principal reasons for the surging sales of heavy and highly-polluting SUVs across Europe.