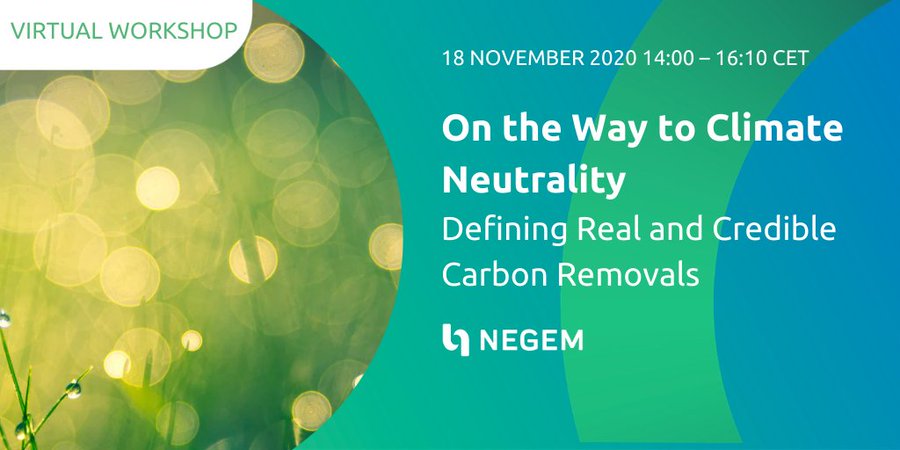 The IPCC 1.5°C Special Report states that, in addition to the urgent need to cut CO2 pollution, significant carbon dioxide removals (CDR) will be necessary over this century. However, there are potentially risks involved in getting CDR policies wrong. Counting on removals that fail to materialise or are easily reversible could undermine climate efforts, and/or provide a dangerous distraction from prioritising and investing in emission reductions.

CDR is also high on the EU’s political agenda. The Climate Law makes it legally binding for the EU to achieve a balance between greenhouse gas emissions and carbon removals at the latest by 2050. The European Commission also included CDRs in its proposal for the 2030 headline climate target. In addition, the Commission is continuing its work on carbon farming and a ‘carbon removal certification mechanism’.

A first step to avoid pitfalls related to CDRs is to set a robust but flexible definition that will allow policymakers to determine which technologies and practices lead to real carbon removals, and which ones do not.

At this event, organised by Bellona and Carbon Market Watch (as members of the European Horizon 2020 NEGEM project), we will test and receive feedback on how to define the ‘negative’ in negative emissions. Our proposed definition is based on a paper by  Tanzer and Ramírez, and builds upon four crucial principles any technology or practice must uphold before it can deliver carbon dioxide removals: