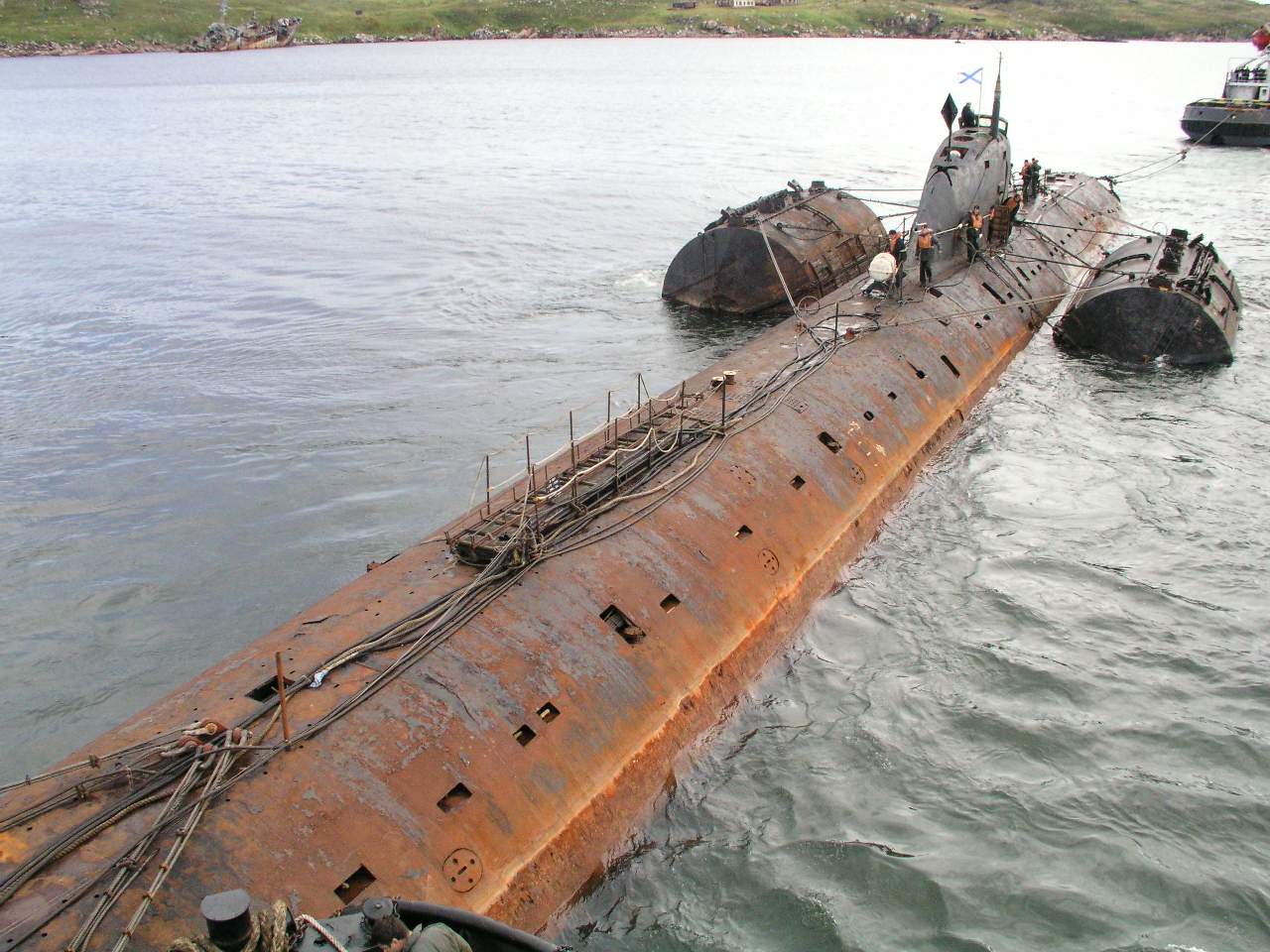 The radioactive relics of the K-159, the Soviet attack nuclear submarine before sinking to a depth of 200 meters under the Kara Sea, where its reactors are loaded with uranium fuel. – C: The Bellona Foundation

Géopolis is a cultural venue in Brussels dedicated to photo-reporting of current affairs and history. Offering background knowledge about geopolitical issue to the general public as well as to schools, we partnered with them for the realisation of their next exhibition on Waste and Waste Management entitled Les déchets, en finir avec l’invasion?.

Aside of two photo stories on the topic selected by the Géopolis team, we support the project on the educational side by providing a didactic overview on the history and danger of specific waste, such as nuclear one. The exhibition will also discuss current solution and positive examples on waste management across the globe.
The exhibition will run from the 18th March til  3rd of May.
Vernissage – 19:30 18th March – Geopolis – Rue de la Source, 30 – 1060 Bruxelles