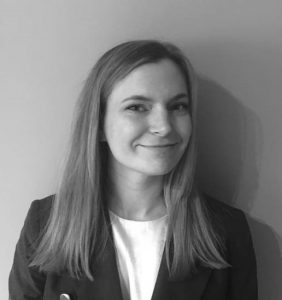 Sunniva has studied media studies at the University of Oslo (UiO). She has previously worked as a senior consultant in the communications department of the Ministry of Foreign Affairs. In the autumn of 2018, she was an intern as a press and communications officer at the Norwegian UN delegation in New York through a collaboration arrangement between UiO and the Ministry of Foreign Affairs. She has also worked as a media analyst in both Retriever and in NRK Analyze and as a program consultant in the program department of Nordisk Film Kino alongside studies.