Explainer on the delegated acts on RFNBOs and GHG emissions reductions 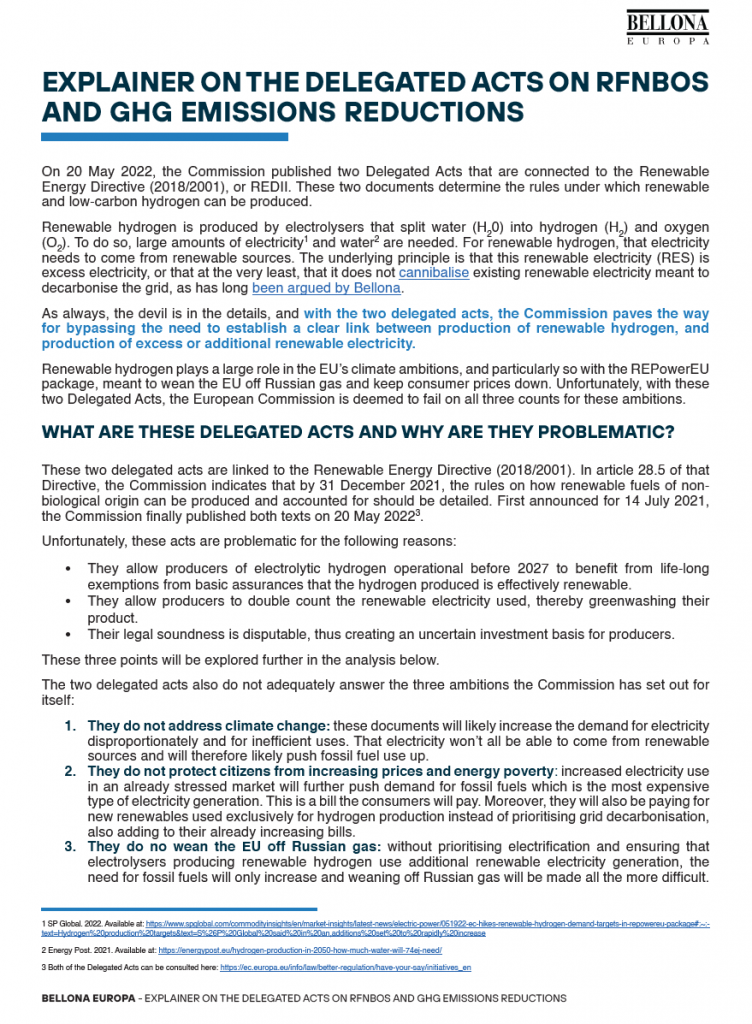 On 20 May 2022, the Commission published two Delegated Acts that are connected to the Renewable Energy Directive (2018/2001), or REDII. These two documents determine the rules under which renewable and low-carbon hydrogen can be produced.

As always, the devil is in the details, and with the two delegated acts, the Commission paves the way for bypassing the need to establish a clear link between production of renewable hydrogen, and production of excess or additional renewable electricity. Renewable hydrogen plays a large role in the EU’s climate ambitions, and particularly so with the REPowerEU package, meant to wean the EU off Russian gas and keep consumer prices down. Unfortunately, with these two Delegated Acts, the European Commission is deemed to fail on all three counts for these ambitions.

Explainer on the Delegated Acts on RFNBOs and GHG emissions reductions