As the final days of the United Nations COP26 climate talks began in Glasgow, the Washington Post published a remarkable and possibly demoralizing piece of reporting. The goal of the conference – the latest installment of the annual gathering the UN has held since 1992 – is for nations to show their progress on controlling global warming through cuts to their emissions of greenhouse gases. The Paris Agreement – the 2015 international treaty aimed at holding temperatures rises to 1.5 degrees Celsius – obligates almost every nation on the planet to slash its emissions as fast as possible.

Published on November 12, 2021 by Charles Digges 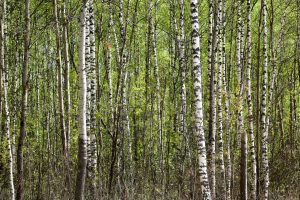 As the final days of the United Nations COP26 climate talks began in Glasgow, the Washington Post published a remarkable and possibly demoralizing piece of reporting. The goal of the conference – the latest installment of the annual gathering the UN has held since 1992 ­– is for nations to show their progress on controlling global warming through cuts to their emissions of greenhouse gases. The Paris Agreement ­– the 2015 international treaty aimed at holding temperatures rises to 1.5 degrees Celsius – obligates almost every nation on the planet to slash its emissions as fast as possible.

But the Post report showed that the data many nations are using to quantify their emissions reductions are, in some cases, very wrong.

What’s more is that the newspaper’s reporting is only the latest research that illuminates a huge gap between greenhouse gas emissions acknowledged each year by the world’s nations and the emissions calculated by the independent models used to verify their claims.

A paper published earlier this year in  Nature Climate Change showed that the discrepancy between the two could be as many as 5.5 gigatons – roughly the equivalent of what the United States, the world’s second biggest emitter, emits each year.

The Post’s months-long investigation paints a grimmer picture, saying that the emissions data nations are reporting here at the COP26 conference could be off by as much as 23 percent – or about the equivalent of the emissions produced by world’s biggest emitter, China.

All of which begs the question: How can the international community hope to hinder global temperature rises if it has only a hazy idea of how much carbon and other planet warming gases are really being emitted?

One of the key difficulties contributing the mismatch between what countries say they are emitting and what independent measurements say is actually there in the atmosphere is how nations account for their forests. Land-based carbon sinks like trees and wetlands allow countries to subtract from their overall emissions when they report them to the United Nations. But the overall lack of uniformity in just how counties tally up their forests and other natural carbon sinks can lead to carbon removal claims that border on the absurd.

Malaysia, for instance, has reported that its forests are gobbling up so much of the carbon it produces that its emissions are smaller than those of tiny Belgium. But independent models indicate Malaysia, thanks to its extensive palm oil industry, is one of the top 25 highest emitters in the world.

Or take the Central African Republic, which has reported that its land-based carbon sinks absorb 1.8 billion tons of carbon a year – something the Post called “an immense and improbable amount that would effectively offset the annual emissions of Russia.”

The list could go on, but its existence casts doubt on how big emitters with even bigger forests – like Russia, the United States and Brazil – go about calculating their carbon removal capabilities.

So how are we missing this?

In short, many countries are overestimating – in good faith or otherwise – how effective their efforts to offset their own emissions really are. At least 59 percent of the emissions gap comes from the manner in which countries tally emissions discounts from land-based carbon sinks. The rest came from systemic underreporting of methane and fluorinated gases – powerful contributors to global warming that are more potent than carbon dioxide.

And while the Post shows chronically flawed emission reporting among developing nations, the tendency to miscount forest sinks and releases of greenhouse gases aside from carbon dioxide is common to the developed world as well.

Australia, for instance, has scrubbed the carbon dioxide emerging from its recent megafires from its annual reports to the UN, the Post reported. It likewise has a history of significantly underreporting releases of nitrous oxide, a powerful warming agent that principally comes from farming.

Canada, meanwhile, loses significant portions of its boreal forest on an annual basis – largely by producing toilet paper for the United States.  But some 80 million metric tons of emissions released by the clearcutting of these forests aren’t counted in Canada’s official emissions report to the UN, a 2021 report by the Natural Resources Defense Council shows. Canada’s assumption is that these forests will eventually grow back, but there’s no guarantee of that.

Russia – which also makes bold claims to its taiga forest sinks – releases far more methane from oil and gas pipelines than it reports to the UN, despite the fact that the International Energy Agency and other analysts list it as the world’s biggest methane leaker.

“It seems wise right now to have a healthy skepticism about country numbers, and promises,” Chris Mooney, a climate journalist at the Washington Post and a lead author of the report, said on Twitter, summing up the biggest takeaways from the investigation. “And it seems clear that we need much, much greater transparency about these numbers, and more independent checks.”

A big part of the problem is that tracking the world’s real emissions is just plain hard business. Emissions that come from the burning of fossil fuels can be tallied up with relative ease. But more than a third of the world’s total emissions are harder to chase down, including the emissions that arise when forests are chopped down or lost to fire, peatlands are drained, or excess fertilizer is spread on agricultural fields.

What makes that even tougher is that the United Nations Framework Convention on Climate Change – to which nations submit their emissions reports – doesn’t require any atmospheric or satellite measurements, which are major tools for independent trackers.

But those counts can easily be wrong, making emissions reporting largely an exercise in guesswork

The discrepancies are finally appearing on the UNFCC’s radar. As the body conceded to the Washington Post, the gap between reported and real-world emissions is due to “the application of different reporting formats and inconsistency in the scope and timeliness of reporting (such as between developed and developing countries, or across developing countries).”

When asked if the body plans to address the gap, a spokesman told the paper that it is working to strengthen its reporting process: “However, we do acknowledge that more needs to be done, including finding ways to provide support to developing country Parties to improve their institutional and technical capacities.”

So what can be done to tighten up these gaps?

It’s over precisely such mismatches that Bellona and other NGOs have long lobbied European Union leadership to separate the accounting of carbon removal via natural means like forests and the tallying of carbon emissions. Owing to this campaigning, the bloc’s new climate law, committing the EU to a net emissions reduction of 55 % by 2030, includes a cap on how much natural carbon removal can be included to make up that figure.

That cap stands at 225 million tons, meaning that 52.8 % of the bloc’s proposed emissions cuts will be due to actually preventing carbon releases into the atmosphere, with the remainder accounted for by forests and other natural land-based carbon absorbers

The law thus establishes that the overwhelming majority of the EU’s mitigation efforts will need to be done by reducing emissions, with carbon removal helping to go the extra mile. Such a framework could help bring carbon reduction claims into line with what’s actually in the atmosphere if adopted by nations outside of the EU bloc.

A surprise pledge at the COP26 by China and the United States to work more closely together on the climate may also provide reason for some optimism. If these two heavyweight emitters assure more transparency in their own reporting, it could do much to wrangle rest of the world into line.

The UNFCC, too, can help by working more closely with nations to make sure they have access to good information on emissions and by tightening their own emissions reporting guidelines. The participation of NGOs and other private sector members, like journalists, will be all the more important for assuring accountability in emissions reporting.

But the reporting discrepancies remain, for the time being, just another uncertainty to reckon with in a time defined by its uncertainties.