Last week the European Parliament’s Environment Committee voted on the proposed reforms to the Renewable Energy Directive (RED) and Fuel Quality Directive (FQD) to address the shortcomings of European bioenergy policy, including the measuring of consequences from Indirect Land Use Change (ILUC). Overall, the result of the vote sets a good tone for the coming months’ debate amongst Member States in Council and for Parliament’s plenary vote. Being the second attempt to pass legislation on the issue, expectations are high that a consensus is found.

Published on March 4, 2015 by Bellona Europa 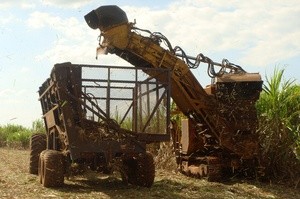 Bellona finds the results of the Parliamentary committee vote satisfactory. To summarise the main points:

While these are welcomed, some key shortcomings need pointing out. Most striking is that ILUC factors are not set to be included in the RED, and in the FQD only as of 2020. While this does give some time to settle the sub-debate on ways in which to measure ILUC, it also means we will have another five years of policy and assessments of that policy which does not reflect a comprehensive cost-benefit analysis of bioenergy. Some dubious wording on ‘low ILUC-risk biofuels’ has also been introduced, which will need to be followed up.

The limit of 6% for land-based (or ‘first generation’) biofuels is a compromise between the Commission’s initial 5% proposal and some Member States’ insistence on 7% or higher. The sub-target for advanced biofuels has also led to debate, primarily on what constitutes ‘advanced’: production methods, feedstocks, neither or both? The voted list of feedstock defined as ‘advanced’ includes some potentially problematic elements, such as palm oil residues, and these will also need continued attention.

Bellona welcomes the focus on advanced biofuels, and considers sustainable advanced biofuels to play a central role in decarbonising the economy. The prolonged biofuels debate has threatened to undermine bioenergy as a whole, but the IPCC 5th Assessment Report (IPCC 5AR, 2014) is clear about the need for the availability of a wide range of bioenergy as well as Bio-CCS (bioenergy in combination with Carbon Capture and Storage, to attain negative emissions (read more here)) to stay within the two degree scenario.

Finally, the Parliament’s rapporteur on the biofuels file, Nils Torvalds (Finland, ALDE) received a strong mandate from his fellow parliamentarians to begin direct negotiations with the Council. This may prove essential in moving the file to a swift and consensus-based conclusion and put European bioenergy policy back on a more sustainable path.