While climate centered parties made gains in Norway’s parliamentary elections, they weren’t enough to send the country’s government to work with an environmental mandate. The socialist left party held critical seats, but the Greens failed to make a robust showing.

Published on September 13, 2017 by Bellona Europa 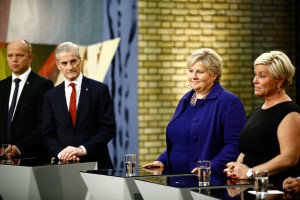 While climate centered parties made gains in Norway’s parliamentary elections, they weren’t enough to send the country’s government to work with an environmental mandate. While the socialist left party (SV) held critical seats, the liberals (V) went down and lost one MP. The greens (MDG), although increasing their points since last elections, failed to make a robust showing.

Norway’s conservative party and Prime Minister Erna Solberg will hold the government for the next four years. However the lack of Green party votes could leave Oslo with a weakened environmental mandate, fears Bellona President Frederic Hauge.

“It is now more important than we push for the government fulfill its commitments to the Paris Climate Agreement,” said Hauge. “It will not be easy.”

Hauge added, however, that he has one concrete suggestion to the new government that would bring it into line with the promises it made in Paris – Carbon Capture and Storage.

The first step would be to roll out a transport and storage infrastructure for CO2 from the country’s energy-intensive industries. CCS captures carbon emitted by large-scale industry and factories at the source, and at least three projects’ must commence to meet the Norwegian climate targets. Less carbon dioxide in the atmosphere means arresting worldwide temperature spikes to less than 1.5 degrees Celsius, the threshold agreed to in Paris to avert climate catastrophe. And CCS holds another possibility: Jobs – in infrastructure and storage.

There are currently three CCS projects afoot in Norway – The Yara ammonia factory in Herøya; the Norcem cement plant in Brevik, and waste facility in Klemetsrud, Oslo. The technology from the three diverse projects is easily transferred to other industrial sites.

Testing at all three sites has proven how efficient CO2 capture can be. In 2019, the government will be deciding whether CCS will be used to stem carbon dioxide emissions across all of Norway’s polluting industries. Hauge says that because of this, members of parliament must see the vast potential for green jobs such a move holds. 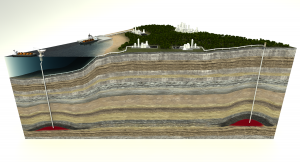 To store the captured CO2, said Hauge, parliament need look no further than the country’s oil infrastructure. Oil wells and aquifers in the North Sea could safely store all of the carbon dioxide produced by European industry for decades. This method had already been in use at Norway’s Sleipner oil block for the past 20 years.

In fact, CCS would create some 15,000 jobs within the oil industry that aren’t dependent on petroleum production – and air aimed toward cutting the sector’s CO2 emissions. Norway’s oil industry is responsible for 46% of its emissions. Today’s system of quotas means the industry could buy its way out of emissions reductions.

Norway must also curb expanding oil activities in the Barents Sea. The ecosystem is too fragile, and under the Paris Agreement, there’s simply no room left to pump out more carbon dioxide.

“Norway simply cannot continue more petroleum and gas activities and at the same time cut their emissions by 40% within 2030, while contributing to reaching the 1.5 degree target,” said Hauge. “This is something the government needs to seriously consider.” A few weeks ago, Bellona made a complaint about the Norwegian state to ESA (EFTA Surveillance Authority), in order to put an end to favorable sponsorship of oil and gas companies.

Hauge also said the government must continue to address nuclear issues near Norway’s northern border with Russia. It must continue its focus on cleaning up Andreyeva Bay, and demanding safe operation of the Kola Nuclear Power Plant.

“These are dangerously close to the Norwegian border, and the Norwegian government has been proactive here,” said Hauge. “It is however crucial that the government goes forward to stabilize the geopolitical situation in the north. To search for more oil and gas right around the Russian border and around Svalbard Island is not the safest choice when considering the geopolitical situation in the north.”

Finally, Hauge highlights the importance of support for entrepreneurs in environmental technologies, and decarbonisation of the transport sector. There is great potential in the maritime sector, highlighted by recent study on the electrification of fishing vessels.