Ukrainian economics and the potential for decarbonization and growth

KIEV – Deep decarbonization could present economic opportunity to Ukrainian business in the heavily coal dependent and politically wobbly country, allowing it to gain a toehold on a progressive climate technology in the post-Paris Climate Summit world, Bellona told a working group in Kiev last week.

Published on April 18, 2016 by Larisa Bronder, translated by Charles Digges 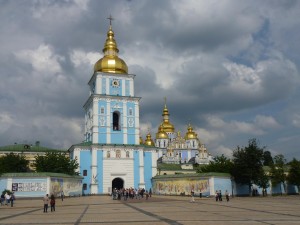 KIEV – Deep decarbonization could present economic opportunity to Ukrainian business in the heavily coal dependent and politically wobbly country, allowing it to gain a toehold on a progressive climate technology in the post-Paris Climate Summit world, Bellona told a working group in Kiev last week.

The UN Intergovernmental Panel on Climate Change has identified Carbon Capture and Storage as a critical climate technology if the world is to hold to a 2C temperature rise over preindustrial levels, all the more so if the goal of stopping warming at 1.5 C, as presented at the December UN climate summit in Paris, is to be realistic.

For this to happen, prior assumptions about CCS as a technology only applicable to power production have to be rethought.

As Jonas Helseth, director of Bellona Europa, told the roundtable discussion, Ukrainian industry across the board is ripe for CCS deployment – and numerous business opportunities could help foster that growth.

Currently, CCS has made inroads in the North American market. Saskatchewan, Canada’s Boundary Dam project has operated since 2014 and is catching more than 90 percent of the CO2 emitted by the aged coal plant. Though the initial outlay for its first CCS unit was €1 billion, SaskaPower, the plant’s operator, says the next unit they install will cost 30 percent less. The trapped CO2 is stored in underground geological deposits. 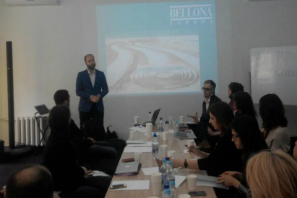 Similar projects are underway in the Southern US states of Texas and Mississippi. Only Europe is lagging behind.

But Helseth emphasized in Kiev that CCS offers a host of carbon reduction benefits for industry as well – which makes its broad adoption all the more pressing when the world’s temperature rose 0.6 C over the last year.

“We therefore suggest implementing deep decarbonization and realizing a complex of measures including widening the sphere of application for renewable energy sources, raising the coefficient of energy efficiency and lowering emissions at industrial facilities and power stations run on fossil fuels,” said Helseth.

The latter, he said, are the biggest emitters of CO2. But other critical areas to slash CO2 emissions are gas fired electric plants, as well as other huge sectors of Ukrainian industry, like steel mills and cement factories. Worldwide, cement and steel production together account for more than 10 percent of greenhouse gas emissions – 5 to 8 percent from cement and 5 percent from steel.

Outfitting these staple Ukrainian industries with CCS would not only lower emissions but constitute an investment in an overall low carbon economy.

Of course, major overhauls in Ukraine’s infrastructure would have to proceed major CCS efforts, said Helseth, and a pricey endeavor especially if any given plant is building CO2 storage and CO2 pipelines only for itself.

The cost can be spread, he said, if, for instance, several industries go in on it together, like a cement factory, a chemical refinery or electrical station sharing the same infrastructure, and thus the cost.

Further, he said, “There are profits for private capital in this technology: We don’t just reduce the volume of CO2 emissions, but also can inject it into old boreholes and increase their intensification.” This process, known as enhanced oil recovery, can squeeze the last out of wells thought to no longer be productive.

Another effective strategy for Ukraine discussed by the roundtable would be the adoption of energy-saving technologies that have swept Europe.

In Norway, for instance, 25 percent of car owners drive electric vehicles, making the world leader in EV use per capita.

Keith Whiriskey, Bellona Europa’s project manager for climate technologies, explained to the roundtable the perspectives for renewable energies in Ukraine. According to expert forecasts, he said, some 200,000 wind turbines will operated in Europe by 2050, and the power produced by these turbines will grow to 650 Gigawatts. 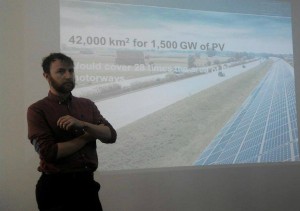 Solar power, he said, was seeing similar trends: Solar stations could end up producing 1.5 Gigawatts of electrical energy that could be stored in batteries occupying more space than all the roads in Europe. This is creating a demand for implementing yet more energy-saving projects, and companies producing wind turbines and solar panels are poised for an economic boom.

Of equal importance in Europe is outfitting an infrastructure for EV car charging, where forecasts say charging costs are expected to drop significantly.

According to Goldman Sachs, battery production costs should drop by two times, while their range from a single charge should increase by two to three times. This will encourage a sales growth in electric cars reaching 41 million units per year by 2040, or 25 percent of the entire auto market, the investment firm reported.

“France will soon launch a massive project to harness electric energy produced on roads,” said Whiriskey. “The Netherlands is undertaking a similar plan that will generate energy from traffic in bike lanes. In coming years, we’ll also be able to buy paint thanks to which not only walls but roofs of houses will provide warmth and light.”

The roundtable also addressed how attractive the investment climate in Ukraine is for foreign companies. Viktoria Shtets, head specialist with Ukraine’s Department of Climate Policy, put the question of foreign interest in Ukrainian energy markets to Helseth.

He pointed out that the question applied not only for Norway, but Europe as a whole.

“Here we need to speak not only about the attractiveness of the investment climate, but of socially oriented business,” said Helseth. “It’s important to bring to the public problems we will encounter as a result of unlimited CO2 emissions into the atmosphere and global warming.”

“Otherwise it will be simply impossible to avoid environmental and climactic catastrophe,” he said.

–This article was made possible by the Risk Reduction Foundation