The R&Dialogue consortium, of which Bellona is a managing partner, has published a vision and action plan for a low-carbon European society. The vision, discussed at a conference in Brussels with officials from the European Commission, is meant to inspire new and improved dialogues about how we can reduce our carbon footprint. 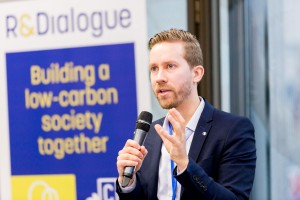 Europe needs a more inclusive dialogue on the energy transition, according to two new reports co-authored by Bellona.

The R&Dialogue consortium has published a vision and action plan for a low-carbon European society. The vision is meant to inspire new and improved dialogues about how we can reduce our carbon footprint.

One of the suggestions is a ‘carbon train’ that travels across Europe to engage citizens in debates.

– We have identified both barriers and prerequisites for good low-carbon dialogues. Trust is key, but building such trust often requires openness and commitment over time, says Bellona adviser Olav Øye. He has coordinated the project’s work on a vision and action plan for a low-carbon Europe. 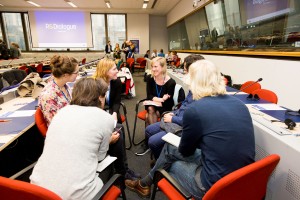 The vision and action plan builds upon the learnings in a dialogue analysis based on the project’s national low-carbon dialogues in ten European countries. The Norwegian dialogue, which was led by  Sirin Engen from Bellona, resulted in a set of recommendations on objectives and measures towards a Norwegian low-carbon society in the year 2050.

Some of the principles that have been applied in the R&Dialogue project are transparency of decision-making processes, respectful dialogue between a large number of stakeholders and citizens, and flexible approaches to dialogue.

To put these principles in practice, the R&Dialogue project consortium suggests several actions. One is the aforementioned ‘carbon train’. This train would exhibit low-carbon solutions and set up events such as festivals and debates along its path. Another suggestion is to improve product labelling and distribute so-called smart meters for power usage, in order to make consumers more aware of their consumption.

The action plan also includes recommendations for the EU’s low-carbon research priorities.  One suggestion is to allocate more EU funds to the roll-out of technologies that already exist, but which are not yet widespread in Europe (e.g. electric vehicles). Another is that the EU should involve civil society more in the design of low-carbon funding programme criteria, scope and priorities. 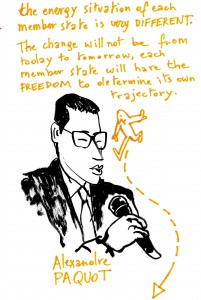